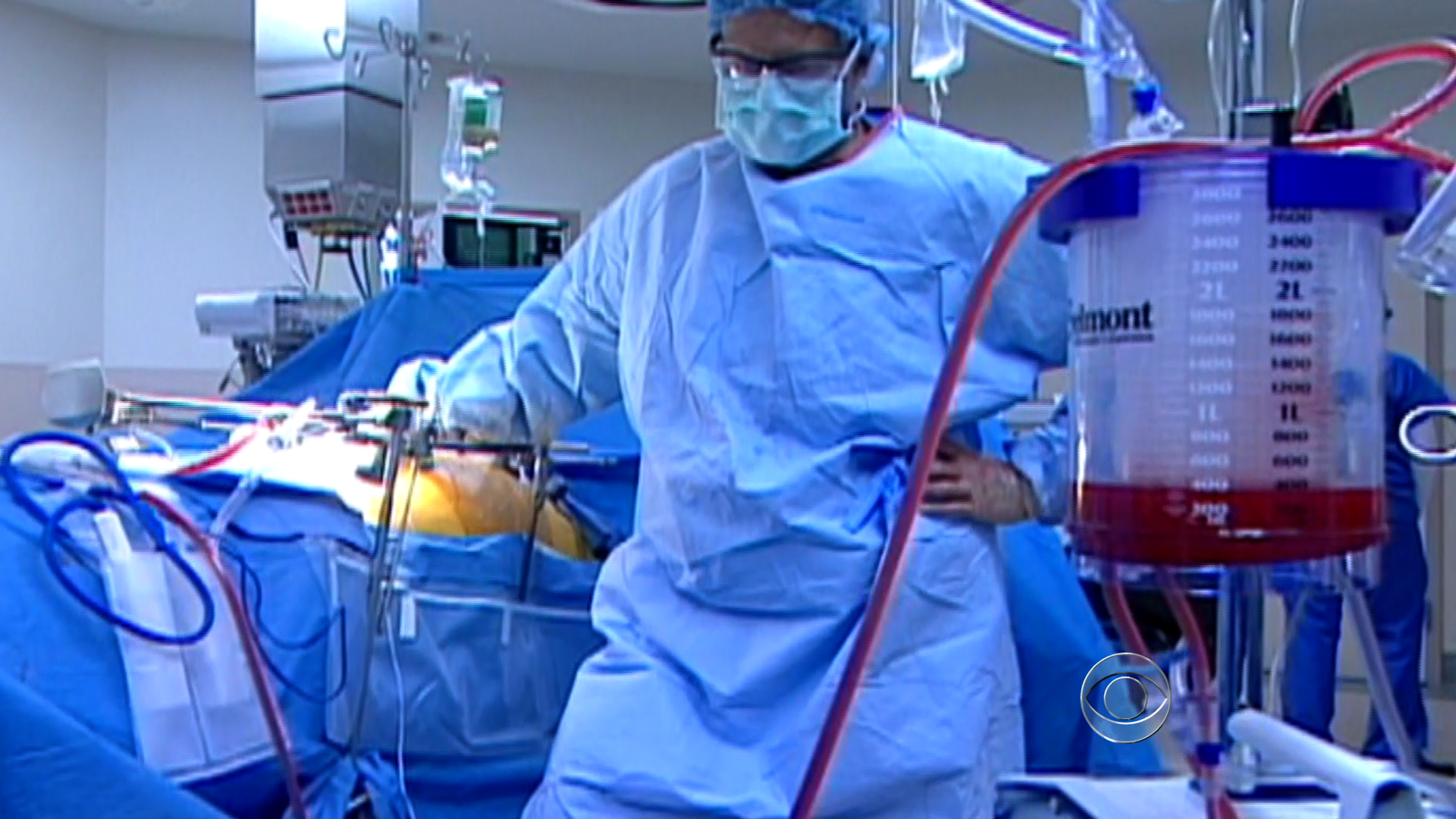 LA JOLLA, Calif. - Twenty-five-year-old photographer Jon Upson is full of life as he takes pictures of the Grammy nominated heavy metal band, As I Lay Dying.

But as CBS News correspondent Bill Whitaker reports, two years ago the band's name might have described Upson's medical condition. It began with a pain in his stomach. "I kind of ignored it," Upson said. "Let it go for a day, and the next day I couldn't even stand up."

He had appendix cancer, a rare, aggressive form that had spread throughout his stomach.

"Eventually the cancer will crowd your organs, somehow find its way to your blood stream," Upson said. "Then there's no hope and you kind of have to let it take over."

But he found hope with UC San Diego oncologist, Dr. Andrew Lowy, a pioneer in an extremely controversial treatment called hot chemo bath. Upson's young age and the rapid spread of his disease made him the perfect candidate.

Here's how: Dr. Lowy made an incision from Upson's rib cage to pelvis, then cut out all visible tumors. Using tubes, he then filled Upson's abdominal cavity with cancer killing drugs - the same used in chemotherapy but heated to almost 108 degrees. In a process dubbed "shake and bake," he sloshed the hot chemicals inside Upson's belly for 90 minutes. The whole operation took 10 hours.

"There are cancer cells that aren't visible to our eyes, and can't be operated on," Lowry said. "We are trying to kill those tumor cells that could be a source of a recurrence. The rationale for using heat is that is has been known for over a century that heat is toxic to cancer cells.

Heat right at the limit healthy cells can withstand actually kills cancer cells. Hot chemo baths are not new, but were shunned by many hospitals as too invasive and risky. It involves so many vital organs and with the patient open for hours, there's increased risk of infection. Now Lowey and a handful of other doctors are showing the baths can be very effective on some colon and stomach cancers.

The treatment was also effective on 61-year-old Yehuda Bock. When he and his wife Sharona came to Lowy, he'd been diagnosed with Stage 4 colon cancer. Sharona said their first doctor told them, "We will try to make you comfortable in your remaining days. That phrase really took us by surprise."

"The median survival is about 32 months," Yehuda said. "I am now at 49 months. They don't see any trace of cancer."

The results have been so intriguing that clinical trials now are underway in 10 hospitals across the country.