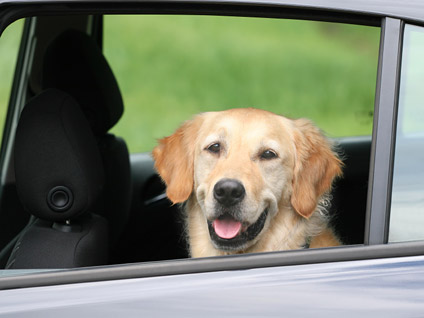 As summer approaches, new bill proposed in Michigan would punish pet owners who leave their animals in hot –– or cold cars. Under this bill, anyone in the state caught could be fined or sentenced to jail and if the pet died, it would be a felony.

Julie Barber, a former animal control officer who works with the Kalamazoo Humane Society, supports the proposal. She told CBS affiliate WWMT that many people don't realize the danger they are putting their pets in until it's too late.

"It's not uncommon on a day like we've been having the last few days for temperatures to get up to 150 degrees inside a car in a very short span of time and even if your dog doesn't die in that heat, it can have lasting health, or permanent health consequences for doing it," Barber said.

Cracking windows doesn't help, according to Barber. She remembers a case where a dog was in gar outside a grocery store with windows down and the temperatures was still 103 degrees in the vehicle.

In an another case, a dog was baking in 104-degree temperatures outside a movie theater while the dog's owners enjoyed the air conditioning inside.

"A lot of people will say, 'I do this all the time, my dog loves to go with me everywhere I go, I always do it, he hasn't died yet,'" she said. "That doesn't excuse it. It just means every time you do this your dog is suffering more and more."

According to Michigan State University's Animal Legal & Historical Center, 28 states have some form of a "hot car" law on the books for pets. Michigan now has a proposal that cleared a state Senate committee and is awaiting for a vote.

While the bill makes its way, Barber wants to remind people not to take matters into their own hands, since a person who breaks a window damages a car to rescue a pet does not a protect a person from prosecution.