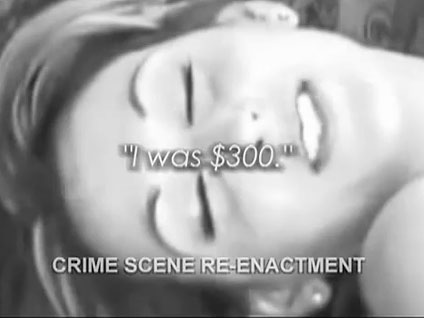 Only a month to go. We've reached the half-way point on HotAds of the Week and we've got some unique ads this week to show you, so here goes:

For our first ad, Republican Todd Lally is up with one of the more unique and playful attack ads of the season. He's running against Democrat Rep. John Yarmuth in Kentucky's 3rd Congressional district. The ad has all the bravado of a late night info-mercial and like classic country hits, or the best soul ballads of all time, this ad hits all the right notes.

Introducing what appears to be music complication of greatest hits, the announcer introduces the first track, "John Yarmuth on Government Spending." The ad then shows a video of Yarmuth giving a speech saying: "So how are we going to pay for all of this, I don't know," he says.

The announcer continues: "The best of John Yarmuth, A Washington insider's dream collection." And just like those greatest hits commercials, song titles, or here, quotes, scroll up the screen -- John Yarmuth quotes on "Obamacare" and "Balancing the Budget."

The last image is play on the classic call now screen at the end of the commercial -- but instead of "limited time offer" this ad's screen reads "Make Cong John Yarmuth's term LIMITED TIME ONLY."

And for added cutesyness, it comes with icons meant to look like name brand credit cards, that instead read "TAX - SPEND - DEBT"

"Have your credit card ready because you are going into big debt if Yarmuth stays in Washington," says the announcer.

For number two, we bring back a favorite target for the Democrats, just with a twist.

We've shown ads in past weeks that make it clear many Democratic candidates want to distance themselves from their party, Speaker Nancy Pelosi and President Obama. But Rep. Earl Pomeroy, the incumbent Democrat running for his tenth term as North Dakota's only representative, takes distancing himself from the current White House to a whole new level in this ad.

It starts with a picture of George W. Bush at a bill signing ceremony.

"When George Bush proposed a Medicare prescription drug plan, Earl Pomeroy voted yes putting seniors before party" says the announcer. The ad then goes on to highlight another bill Pomeroy worked on with Republicans to fight Internet predators. No mention of Pomeroy's votes in this Congress for Mr. Obama's legislative achievements: the stimulus package and health care.

Pomeroy is one of the 48 Democrats in Congress right now who represent districts where John McCain won in 2008 so his running on his independence is not surprising.

Alaska Senate - There is a Democrat Running

Number three takes us to the pitched battle for the Senate seat in Alaska, where most of the attention has been focused on Republican Senator Lisa Murkowski who is running a write-in campaign for the seat after she lost the nomination to tea-party and Sarah Palin backed attorney Joe Miller.

Now, the Democrat in the race, Sitka Mayor Scott McAdams is on the air with a seemingly positive ad introducing him to the state. This ad is reminiscent of the recent Kendrick Meek ad in Florida, and its uncanny that both are Democrats running in states where two Republicans fighting an inter-party squabble have gotten most of the attention.

"This is a long way from DC" says McAdams over video of a fishing boat. He soon appears on the boat working, pulling in line and helping out, over nice lively jazz music.

"I'm not your usual Senate candidate," he says. "I grew up in Petersburg, was a deck hand in the Bering Sea. Went to college in Sitka and married up. I've been a teacher, a mayor and a dad," he says.

Here's where the positive ad takes the dig at his GOP opponents: "Here's the difference between me, Joe and Lisa. They think this campaign is all about them, I think it's about Alaska and getting our fair share."

For the kicker he says he approved the ad because "after you've been cursed out in Norweigan, you can take on anyone." The cursing is done by the boat captain.

For Number 4, we got to Florida's governor race. Trust the media, not Rick Scott is the basic theme of this ad from the Florida Democratic Party - which relies solely on news reports to make their point: alleging that Rick Scott cannot be trusted.

Scott was the head of the health care firm, Columbia/HCA that faced the largest fine for Medicare fraud in history. The Democrats have taken to calling him the "Madoff of Medicare" and this ad continues that attack.

What's interesting and unique is that there is no announcer -- the only voice in the campaign is snippets of local and national news clips.

"A lot of people are talking about Scott because of his shady past" says the first news clip over a not so flattering picture of Scott. "New allegations of fraud" followed by "Medicare fraud" and "massive health care fraud scandal" lead to more clips: "Scott was a bit evasive" and "He took the 5th amendment 75 times in his last deposition"

Finally, a questioner poses a question directly to Scott on a televised interview: "The question here is how could you have missed such an abuse by your own company"

A Big Ad in the Big Easy

Number 5 is a two-minute advertisement for Rep. Charlie Melancon who's running as the Democratic candidate for Senate in Louisiana, but unless you caught his endorsement of the ad at the very beginning, you wouldn't know it.

It's all about his Republican opponent, Sen. David Vitter. The ad is styled like a crime show. "This time on Forgotten Crimes" the announcer says, "caught up with prostitution scandals in Washington, DC and New Orleans, a Louisiana politician has been let off the hook."

The ad, which they also title "Lawmaker, Lawbreaker" reminds voters that Vitter's name was tied to a prostitution ring when his contact info was found in the DC Madam's black book. It also points out that a prostitute in New Orleans claimed to have had relations with Vitter as well and even has a reenactment of the prostitute describing the encounter.

The ad then goes to constituents, anonymous and in shadow, saying that Vitter should be held accountable for breaking the law. "There ought to be consequences for that" says a man only identified as a retired school teacher. "The only thing that stands between him and reelection are the voters," says the announcer.

The ad is currently running statewide on cable television.

Those last few ads kind of make you feel like taking a trip back to the commercials from week one of Hot Ads.

This week's honorable mention comes from the White House - not a typical Hot Ad contributor -- but they are getting into the spirit, with a 2 minute economics lesson from Austin Goolsbee, a top White House economic adviser.

He channels his inner UPS ad man by standing at a white board with a marker to talk about the GOP's plan to extend the Bush tax cuts for the wealthiest Americans.

And as always, here's the winner of last week's Hot Ads of the Week - drumroll please...... Citizens for the Republic's "Mourning in America" won the week. Vote for this week's winner below!