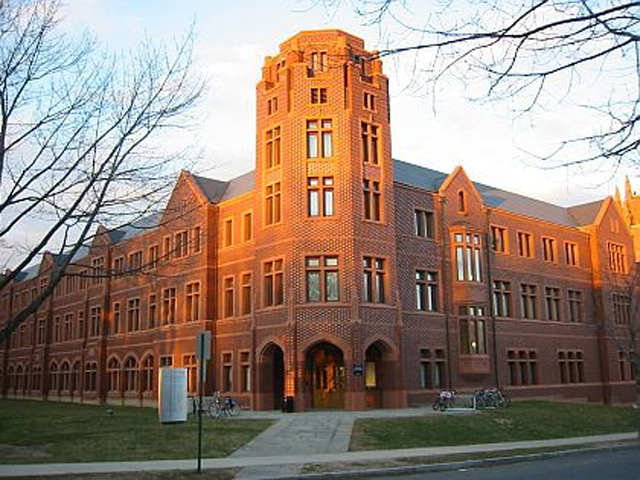 Federal civil rights officials are looking into complaints by Yale University students that the Ivy League school in New Haven, Conn. has a sexually hostile environment. They also allege the university failed to adequately respond to incidents of sexual harassment.

The video and pictures are part of what has become an investigation by the U.S. Department of Education's Office for Civil Rights into whether Yale University is a "hostile sexual environment."

Alexandra Brodsky, a Yale student, said, "What we're saying is that Yale, in its failure to respond to both public and private instances of sexual harassment and sexual assault, has said to the campus 'This is OK.'"

That belief pushed Brodsky, Hannah Zeavin and 14 other men and women at Yale to file a complaint charging the university has repeatedly failed to take action on harassment and sex crimes.

Hannah Zeavin, another plaintiff in the case, said, "Yale has never expelled anyone for the crime of rape - ever."

Doane asked, "Is that what we're talking about here? Rape? Something that serious?

The school refutes the charges, saying in a statement, "Yale does not and will not tolerate sexual harassment."

If the charges are true, the Ivy League school would be in violation of Title IX. The federal mandate, which bars any school that receives federal funding from discriminating based on gender. At stake is more than $500 million.

Doane asked, "What do you say to someone who says, 'My gosh, you're just over-reacting?'

Yale graduate and author Naomi Wolf, who has written about what she says is her own sexual harassment at Yale, said on "The Early Show" Monday that the students have barely scratched the surface of what's happened at the school.

Wolf said, "What Yale has been doing, and what happened to me, was very mild compared to what I discovered doing some investigating reporting. ... Yale has been systematically covering up much more serious crimes than the ones that can be easily identified."

She continued, "What they do is that they use the sexual harassment grievance procedure in a very cynical way, purporting to be supporting victims, but actually using a process to stonewall victims, to isolate them, and to protect the university."

Wolf said these kinds of things happen repeatedly at the school and are covered up.

Wolf said parents and students can't find out how dangerous situations can be.

She explained, "They can't even find out what professor has systematically a record, a track record of harassing students, behaving inappropriately or worse, you know, rape. And so for instance, this one professor had two separate women, two separate years had come forward, but the university did nothing, covered it up, and now he's teaching at a Western university and no one's safe from him."

Co-anchor Erica Hill pointed out, "You write a lot about this very powerfully in your piece, 20 years after it happened to you. You also say at the end of your piece that, if someone came to you who was a Yale undergrad and said, 'I'm concerned about this, I want to go to this university,' you would tell them to get a lawyer."

"That's right," Wolf said. "The grievance board is a farce. It exists to protect the interests of the university legally. And to cover up a trail."

Wolf said she's very proud of these women and their decision to go forward with this case.

"I want to stress that I love my alma mater," she said. "I'm sure they love Yale and the way Yale is behaving is not worthy of its own ideal. So yes, when women and men, I think it's notable that a man at least joined it, because the victims who came forward to me included men. This is not only a women's issue. When people are named, and they stand up and they say, 'This happened to me, it's not OK,' and especially when there's federal funding involved, which is substantial, only that moves the ball forward. And you know, sunlight is the best disinfectant."