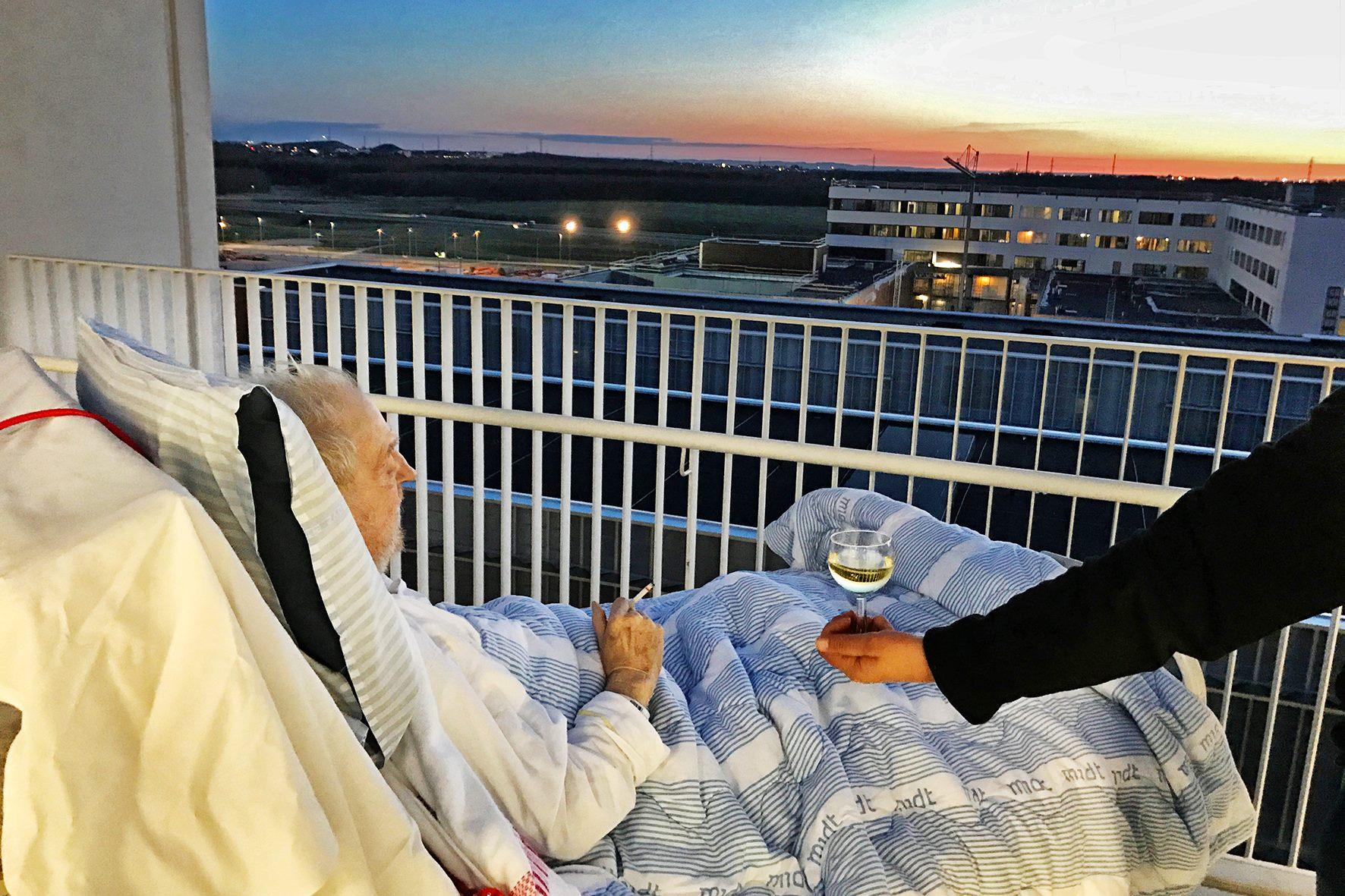 When Carsten Flemming Hansen was admitted to Aarhus University Hospital in Denmark, he learned he didn’t have much time left.

According to a statement on Facebook from the hospital, Hansen was admitted last week after suffering an aortic aneurysm and internal bleeding in his stomach. Hansen, 75, was deemed too sick to undergo surgery, and told he had just days -- if not hours -- to live.

Upon hearing the news, the statement said, Hansen asked to fulfill a final wish. He wanted to enjoy a cigarette and a glass of wine one last time -- a Green LA cigarette and white wine, to be specific.

Although smoking isn’t allowed on the hospital grounds, nurses decided to break protocol to grant the dying man his wish. They wheeled his bed out to a balcony, where he could overlook a beautiful sunset with his loved ones, a cigarette and a cold glass of wine.

A nurse told Danish news outlet Avisen.dk Hansen and his loved ones were “cozy and relaxed” while watching the sunset. “Of course there were relatives also affected by the fact that he was going to die, and they were sad. But it was cozy, and there was humor.”

The hospital said Hansen died a “dignified” and quiet death days later on April 7 after enjoying his final request.