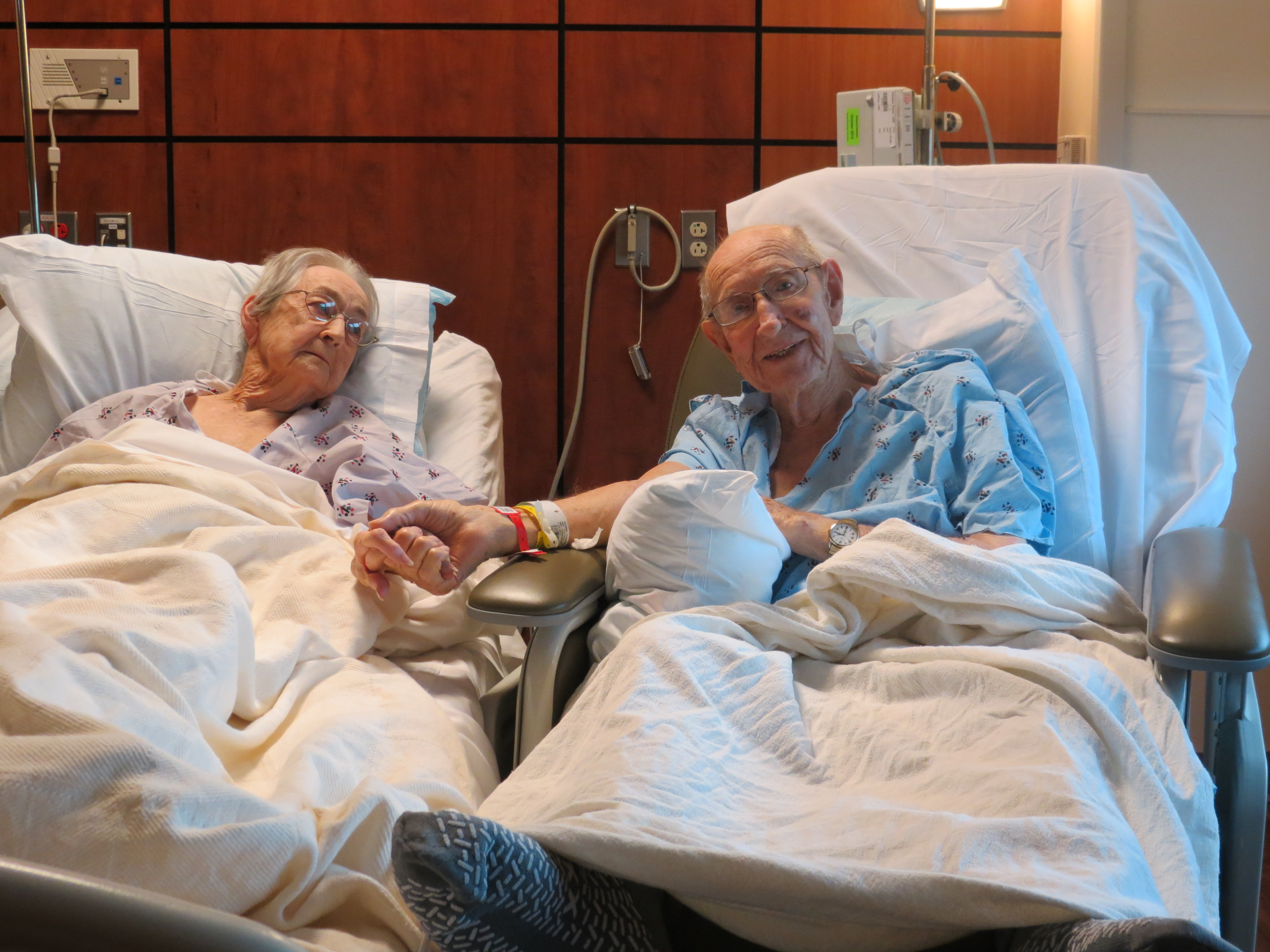 Tom and Arniesteen Clark have only been apart once over the past 68 years they've been married.

It was when Tom, an Army veteran, was stationed in Korea.

Aside from that, they've never left each other's side -- that is, until they both landed in the hospital last week.

The fact that they aren't used to being separated "made their stay in different rooms in the hospital very difficult for them," the post explained.

The Clarks were on the fourth floor, a floor designed to only have private rooms.

"It is against state regulations to put two patients in a room designed to be a private room," according to the hospital. "There are floors at Piedmont Fayette that are semi-private, but the fourth floor is an orthopedic floor and all of the nurses on the floor specialize in orthopedic care."

Despite the restrictions, Tina Mann, Manager, Orthopedics Medical-Surgical 4 -- with help from clinical staff -- decided to make a special arrangement for the 96-year-old to visit his wife in her room.

As soon as he saw his now 92-year-old bride, he was overcome with joy.

"He wept as he described the deep love he has for Arnisteen," the Facebook post read. "'I just can't be away from her, she's the finest woman in the world,'" the hospital quoted him as saying.

A photo of the couple, which shows Tom grinning from ear to ear, was shared by nearly 3,000 people.

Hundreds of people commented, sharing appreciation for the hospital's good deed and the couple's everlasting love.

"Sometimes it is the little things," one person commented. "This was huge for this lovely couple."

"Wow 68 years. In this game we call life...They win!" another said, admiring a photo of the hand-holding couple.

Piedmont Fayette CEO Michael Burnett told CBS News he was happy that the story was able to shine a great spotlight on the hospital's "compassionate" caregivers, along with some "heartfelt resourcefulness."

"This is a piece of good news that resonated with many people and we are proud to be a part of the Clark's amazing love story," he told CBS News.