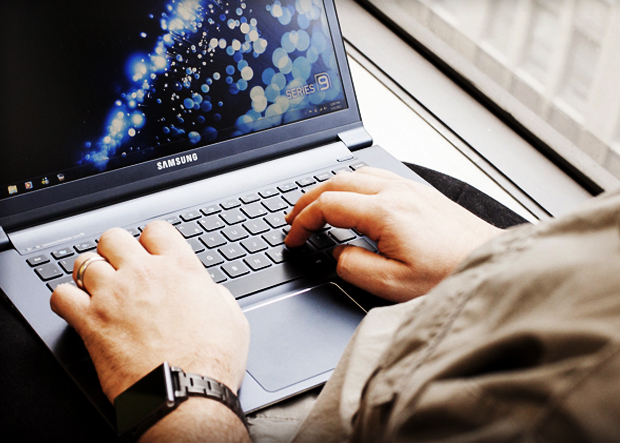 As growing numbers of us check our email compulsively, play computer games obsessively and have more friends on Facebook than in real life, the first hospital-based Internet addiction treatment center is preparing to open.

An inpatient program at the Bradford Regional Medical Center in Bradford, Pa., will begin next week for people who cannot control their online activity.

Its founder, Kimberly Young, told CBSNews.com that she has had nowhere to refer patients who, over the last 16 years through her private practice as a psychologist, have asked for inpatient rather than outpatient care.

"While there are a few retreat centers in the U.S., none offered inpatient medical and psychiatric care," Young said. "I also noted that the only hospitals offering treatment were not located in the States, making it difficult for Americans to use what might be available abroad."

In the United States, Internet addiction is not recognized as a diagnosable mental health disorder by the American Psychiatric Association and treatment is not generally covered by insurance. But there are treatment centers in such countries as China and South Korea, where it is viewed seriously.

Bradford's 10-day program will focus on patients with more serious cases of Internet addiction, and provide individual, group, and family therapy. The patients must first forgo the use of the Internet for at least 72 hours before entering.

Young is not sure how many patients to expect in her program. There are four places for each cycle of the program, and the hospital might make adjustments depending on demand, she said. The fee will be $14,000.

She determines whether someone is addicted by the consequences of their use, whether damage to relationships or careers. The typical addict is a young, intelligent man consumed with such games as "World of Warcraft," she added.

Her goal is to help addicts to achieve moderate or controlled use of the Internet rather than to go cold turkey as a typical addiction treatment would require.

"We are focused on a digital diet, similar to treating food addiction, where you can't give up food as the answer no more than you can entirely give up the Internet as the answer," she said.

Young developed her own brand of therapy for treating Internet addicts. She first uses behavior modification to gradually decrease the amount of time addicts spend online, then encourages her patients to confront any denial and rationalizations, and finally identifies and treats co-existing mental health issues.

"Internet gaming disorder" or addiction is not officially a diagnosable mental health disorder in the United States. It is listed in what's called "Section III" of the the American Psychiatric Association's Diagnostic and Statistical Manual of Mental Disorders 5. The DSM is sometimes referred to as the "psychiatrist's bible," because it lists all the criteria for diagnosable mental health conditions. But, conditions listed in Section III are ones the APA has only seen some evidence of, but not enough evidence to recommend criteria for diagnosis. Additional research is needed, an APA spokesperson told CBSNews.com.

A 2006 study from Stanford University found that more than one out of eight Americans exhibited at least one possible sign of problematic Internet use.

The lead author, Dr. Elias Aboujaoude, noted then that a small but growing number of Internet users were starting to visit their doctors for help. Their compulsive behavior, blogging or visiting Web sites or chat rooms, was similar to what sufferers of substance abuse or impulse-control disorders experience, he said. What he found most troubling was the number of people who hid their nonessential time on the Internet or used it as a way to escape a negative mood, much in the same way that alcoholics might.

Young defines Internet addiction separately from other addictions. She said that while the diagnosis was similar -- from a loss of control to compulsive and continued use despite consequences -- the reasons for the addiction vary, and treatments will differ.

Treatment for alcoholism, for instance, does not depend on the type of liquor consumed, whether beer, wine, or vodka, she said.

The first residential treatment center in the United States, reStart, opened in 2009 in Fall City, Washington. The 45 to 90-day retreat, for adults suffering from Internet and video game addiction, started with one 19-year-old, failed college student. Most of its participants, between the ages of 18 and 28, have had difficulty completing college or establishing and maintaining off-line relationships, according to its Web site.

The center, which has treated more than 100 adults, has added a second phase to it program since it opened. Participants move into apartments for six months or longer while they return to work or school as part of outpatient therapy.

"Now they're implementing the plans they developed for themselves while they were with us," Hilarie Cash, the program's co-founder, said to CBSNews.com. "They are still getting a lot of services but now they are living more independently and putting that plan into action."

At first they are not permitted unsupervised access to computers, but after at least three months, they may apply for the use of digital technology. The first request is usually for a smart phone, Cash said.

"As long as they're doing well with the new piece of technology, that's great," she said. "If they start to fall backwards, then they lose that technology again. We're trying to shepherd them along this path to normal living, health sustainable living with technology."