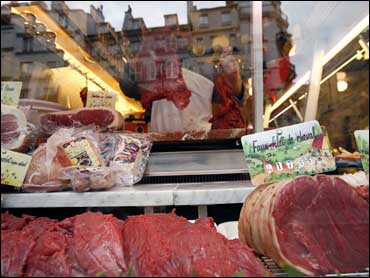 The state with United States' last operating horse slaughterhouse made it illegal to kill the animals for human consumption.

Gov. Rod Blagojevich said he was proud to sign the law Thursday, calling it "past time to stop slaughtering horses in Illinois."

A slaughterhouse in DeKalb has been shipping horse meat overseas, where it is sold for people to eat. American horse meat is sold mostly in France, Belgium and Japan, where it is considered a delicacy.

The practice has outraged people who feel horses are more like pets than livestock.

Two other horse slaughter plants in Texas were shut down this year.

Wayne Pacelle, president of the Humane Society of the United States, called on the federal government to ban the export of horses for slaughter.

"Thousands of horses face grueling trips to slaughter facilities in Canada and Mexico unless Congress acts now to protect them," Pacelle said in a statement.

He said federal statistics show that 100,800 horses were slaughtered in the United States in 2006. Another 30,000 were sent to Mexico or Canada for slaughter.

Illinois lawmakers passed the ban after an appeal from actress Bo Derek. In a statement today, she applauded the end of the "cruel, bloody trade in horsemeat."

Opponents of the new law say there's no reason to treat horses differently from cattle or other farm animals. They say that horses are killed humanely and that the slaughterhouse creates jobs.