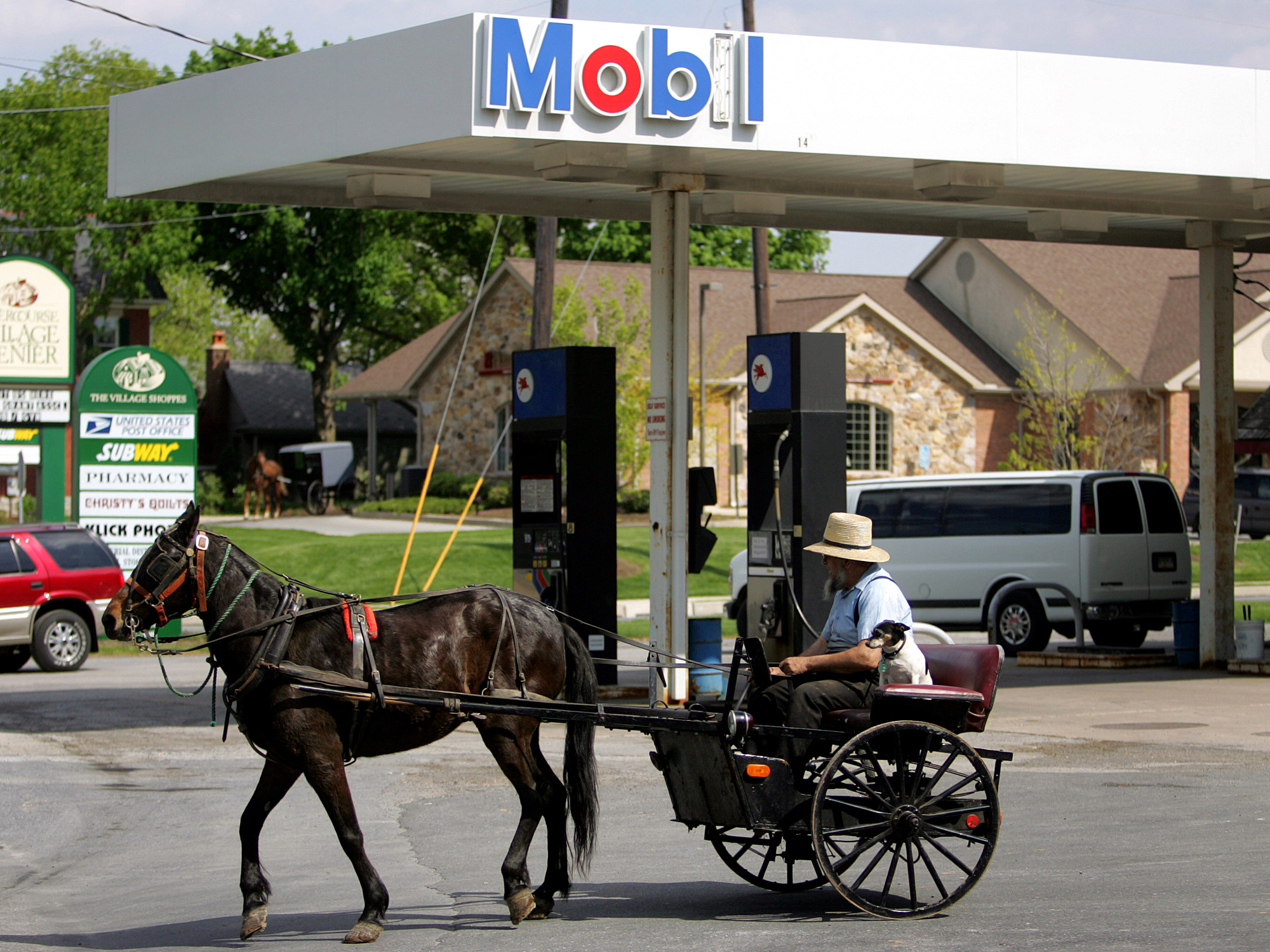 RONKS, Pa. - A drive-by shooting is to blame for the death of a horse that was pulling a buggy in the heart of Pennsylvania's Amish country, police say.

WHTM-TV reports five people were inside the buggy Sunday night when a car drove by and a shot was fired in Ronks, in southeastern Lancaster County.

Police say the car didn't stop after what sounded like a firecracker.

The horse was discovered to be injured when the buggy arrived at a farm about a mile away. It died before a veterinarian could arrive.

The TV station says the horse suffered a bullet wound to the left side of its torso. The buggy's passengers weren't injured.