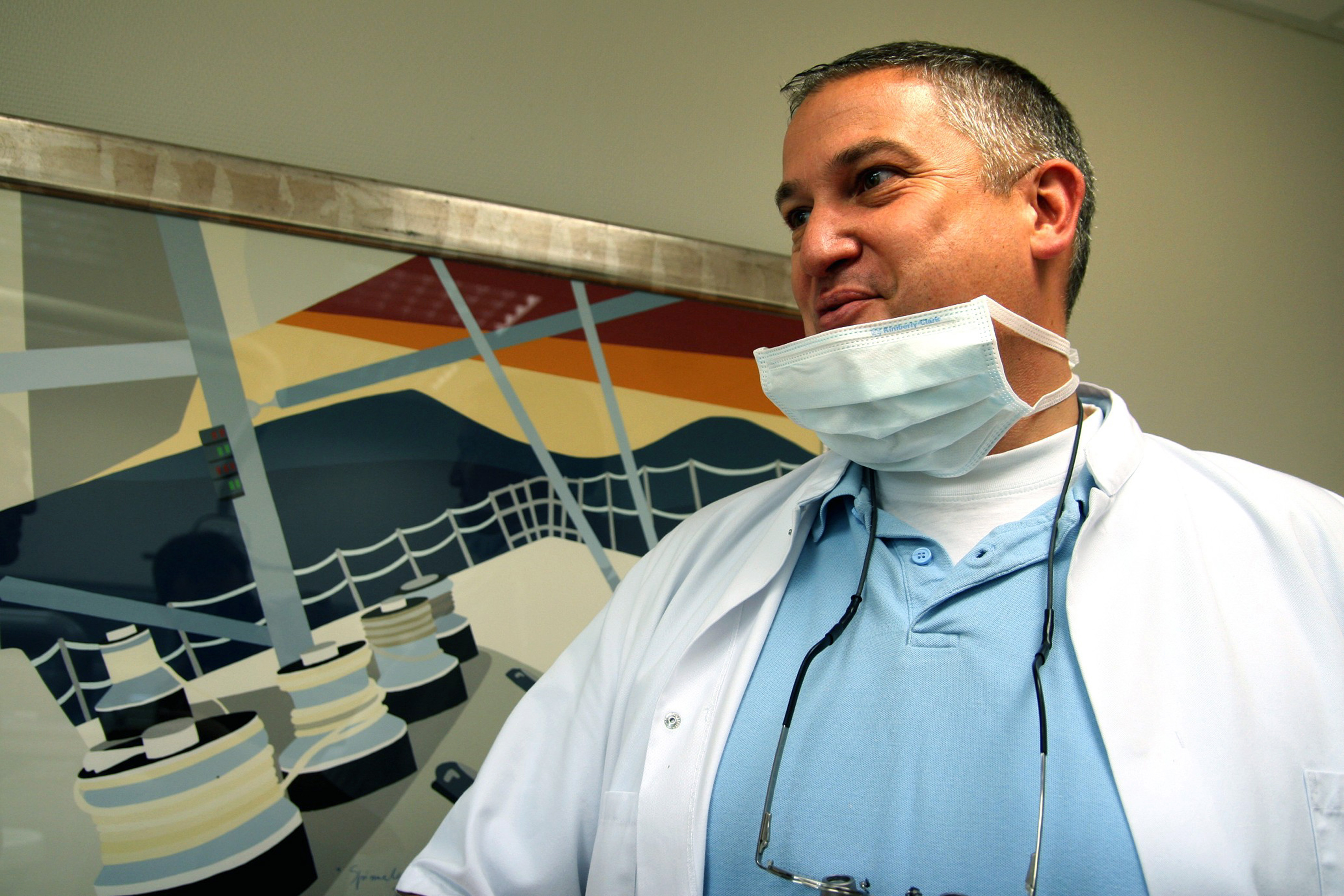 His trial in the central-eastern town of Nevers is expected to last until March 18, with a ruling expected later.

One patient, Sylviane Boulesteix, has said she was unexpectedly summoned to his dental office in central-eastern France in May 2012. Without warning, the dentist pulled eight of her teeth out and immediately fixed dentures on her raw gums. For three hours, the elderly woman says she sat gushing blood.

In the following days, she says Van Nierop refused to relieve her pain. A judicial expert later described a "cruel and perverse" man whose incompetence made Boulesteix lose several healthy teeth, go through a trauma and suffer irreversible damage to her mouth.

Van Nierop has said he remembers only one of the 75 patients who allegedly suffered "mutilations" or "permanent disabilities" at his hands between 2009 and 2013, according to court documents. He now has to face many of them in court.

"I dread the moment where I'll see him again because it won't be any longer the 100 kilograms rugby man who was smiling at us with disregard", Nicole Martin, president of a victim association, told The Associated Press on the eve of the trial.

Van Nierop, who used the assumed first name Mark with his patients, refused to answer questions during the investigation, saying only that the oral health of people in the region was "deplorable".

He claims he was suffering from a borderline personality disorder, complicated with a transgender issue and suicide attempts. Detained in a French prison since January 2015, he staged several hunger and thirst strikes, and once swallowed razor blades before he was to be questioned by the investigating judge.

Questioned about the alleged mutilations suffered by his patients, Van Neirop said: "It does not affect me."

"I'm totally blocked from the inside and I don't want to explain it all," he told the investigating judge, according to court documents. "You can lock me up for years (...), it will not change."

The dentist was welcomed by local people when he opened his office in 2008 in Chateau-Chinon, a small town located in a remote part of the Burgundy region with a status of a "medical desertification area."

Investigators said Van Nierop provided false documents to be allowed to practice dentistry in France, gaining tax and economic benefits, and concealed that he was the subject of disciplinary proceedings in his own country.

He allegedly overcharged his patients, billed them for imaginary dental care or intentionally did bad work which required further appointments and payments, according to court documents.

Van Nierop, who lived in a luxurious home outside the town, had debts of nearly 1 million euros, officials said.

When the noose eventually tightened around him, the Dutchman fled to Canada before being extradited to the Netherlands and then deported to France.