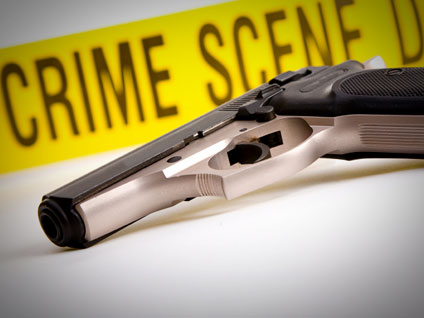 (CBS/AP/WSPA) COLUMBIA, S.C. - A South Carolina woman has been charged with killing four family members - her two sons, ex-husband, and stepmother - in an attempt to collect on their insurance policies, police say.

Susan Hendricks was arrested on Monday and was being held without bond for four counts of murder and four counts of possession of a weapon during a violent crime, which Sheriff David Stone is calling "a horrendous act of evil." On Friday, Oct. 14, police rushed to the scene after the 48-year-old mother told relatives that her son Matthew had shot himself and three other family members.

Solicitor Walt Wilkins says that the life insurance policies on the victims was most likely the motive. Hendricks was the beneficiary for all four.  Though Wilkins cannot say how much the policies totaled, he claims "it's a signifcant amount." He says, "Greed is a powerful motive, but I've never seen greed rise to the level of a quadruple murder."

The family was found dead within two mobile homes on Pinedale Road in Pickens County, S.C.

Hendricks' stepmother was found with shot wound in the abdomen, and next door, her ex-husband and one son were found to have been shot in the chest. It is not clear who was shot first, or how the mother prevented calls for help.

When authorities arrived at Hendricks' Liberty home on Monday, they determined that forensic evidence and the reports of family members did not match her story. The gun found near son Matthew's body led to the conclusion that he could not have shot himself as his mother had said, reports CBS affiliate WSPA. The gun used in Matthew's death was the weapon Hendricks kept in her nightstand.

"We knew from the start he (Matthew) did not do this," says Mark Hendricks' niece, Stephanie Hopkins. "Matthew was a good man."

Wilkins is reviewing the evidence, saying the case is eligible for the death penalty.