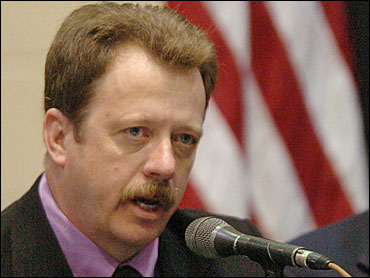 Contrary to how it may have appeared, Eddie Jones said his performance was nothing personal against the New York Knicks and Kurt Thomas.

Jones scored a season-high 34 points one short of his career-best to lead the Charlotte Hornets to a 95-85 victory over the injury-ravaged Knicks on Monday night.

"It was one of those nights when I think I just wanted it a lot more than anybody else," said Jones, who made 13 of 20 field-goal attempts, including 5-for-7 from 3-point range.

Jones was facing New York for the first time since a hard foul Dec. 20 by Thomas left him with a torn ligament in his left elbow. The injury sidelined Jones for 10 games.

"It was something that didn't have to happen, yeah, but I wasn't upset," Jones said. "We can't control some of the things that we do."

When Jones came out for the opening tip, he shook hands with all of New York's starters with the exception of Thomas.

"Oh, did I? I didn't know that," Jones said. "Don't read anything into that. I was just focused."

Jones, voted a starting guard for the Eastern Conference in next weekend's All-Star game, helped the Hornets make a season-high 10 3-pointers.

"Eddie was outstanding," coach Paul Silas said. "Every time we needed it, he stepped up. He hit big 3-pointers, he drove to the hoop, he got steals. If he'd missed a couple of shots, New York would have been right back in it. I think it was his best game by far."

The Hornets helped their cause by getting Patrick Ewing into foul trouble. Ewing, coming off a 44-minute outing Sunday in which he had 25 points and 14 rebounds to lead the Knicks over Miami, followed it up against Charlotte with 15 points, 10 rebounds and four fouls in 38 inutes.

Derrick Coleman added 29 points and 13 rebounds as Charlotte improved to 19-3 at home and sent the Knicks to their fourth consecutive road loss.

"We didn't play well enough to beat the team that has the second-best record at home," New York coach Jeff Van Gundy said. "It wasn't a letdown. We got beat by a team that played better."

The Miami game cost the Knicks forward Larry Johnson, who broke a foot, and Marcus Camby, who tore a knee ligament.

Allan Houston limped off in the third quarter with a twisted left ankle. But he returned for the fourth quarter, when he scored six of his 26 points.

"I think everybody's banged up right now," Van Gundy said. "We've still got to find ways to win on the road."

Ewing had seven points in the final quarter of a game that was originally scheduled for Jan. 14 but was postponed following the death of Charlotte's Bobby Phills.

Charlotte set the tone immediately, scoring its first three baskets by driving directly at the 37-year-old Ewing. By halftime, Ewing and his only available replacement, Chris Dudley, both had three fouls and the Hornets were ahead to stay.

The Hornets closed the third quarter with a 19-7 run, including eight points by Jones, to go up 77-63.

The closest the Knicks got the rest of the way was 88-83 on a layup by Ewing with 3:49 remaining, but the Hornets scored the next five points to push their lead back to double digits.