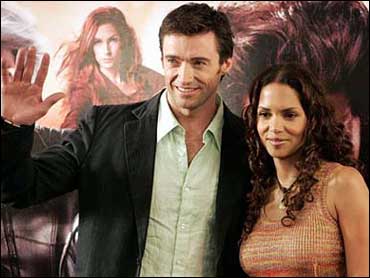 Help is on the way for the Los Angeles Clippers. They could have used some Friday night against the Charlotte Hornets.

A few hours after announcing the hiring of Kareem Abdul-Jabbar as an assistant coach, the Clippers put on the latest in a long string of poor performances on the road.

Derrick Coleman led a balanced Charlotte scoring attack with 17 points and the Hornets shot 55 percent in a 115-87 victory.

"Right now I think we're firing on all cylinders," Charlotte coach Paul Silas said after the Hornets won for the fifth time in six games. "I like where this team is at."

Los Angeles interim coach Jim Todd can't say the same thing about the Clippers, who haven't won on the road since before Christmas.

"We need to get better defensively," Todd said. "You just have to keep the guys working together."

About the only thing positive to come out of the Clippers' fourth consecutive loss in Charlotte was the news that Abdul-Jabbar is joining the coaching staff. He planned to be on the bench for Saturday's game in Chicago.

"Kareem will be a motivational boost," Lamar Odom said. "It's been a long season, and we need something."

Whatever the Clippers needed, they didn't have it Friday night. Six players, including all five starters, scored in double figures for Charlotte in a game that matched one of the NBA's best home teams against the club with the worst road record in the league.

Eddie Jones added 16 points for the Hornets, who outrebounded the Clippers 52-32 and rested their starters for the final six-plus minutes on the way to improving to 21-4 at the Charlotte Coliseum.

"The Clippers are a young team," Jones said. "Young teams are going to havgrowing pains, and right now, they're having them. But who knows? It could change."

The Clippers trailed by as many as 30 in the fourth quarter and dropped to 3-25 on the road, including 15 straight defeats.

"You're not going to win too many games when you shoot 40 percent," Todd said. "And unfortunately we got killed on the boards."

Maurice Taylor had 22 points for the Clippers, playing the third game of a seven-game road swing. Odom added 16 points, but nine came in the second half after the outcome had been decided.

The end came early for the Clippers after they made nine of their first 12 field-goal attempts, including three consecutive dunks, building a 20-14 lead that prompted the Hornets to call a timeout.

When the Hornets came back on the floor, they harassed Los Angeles into misses on its next 10 field-goal attempts, clearing the way for a 17-2 run that put Charlotte ahead to stay.

The Hornets built the lead to 11 at halftime and stretched it to 18 early in the third quarter.

Los Angeles cut it to seven midway through the quarter but Charlotte quickly pulled away again, going up by 12 heading into the fourth, when the Hornets outscored the Clippers 31-15.

"It's pretty much the story for us to just struggle in the fourth quarter," Taylor said.