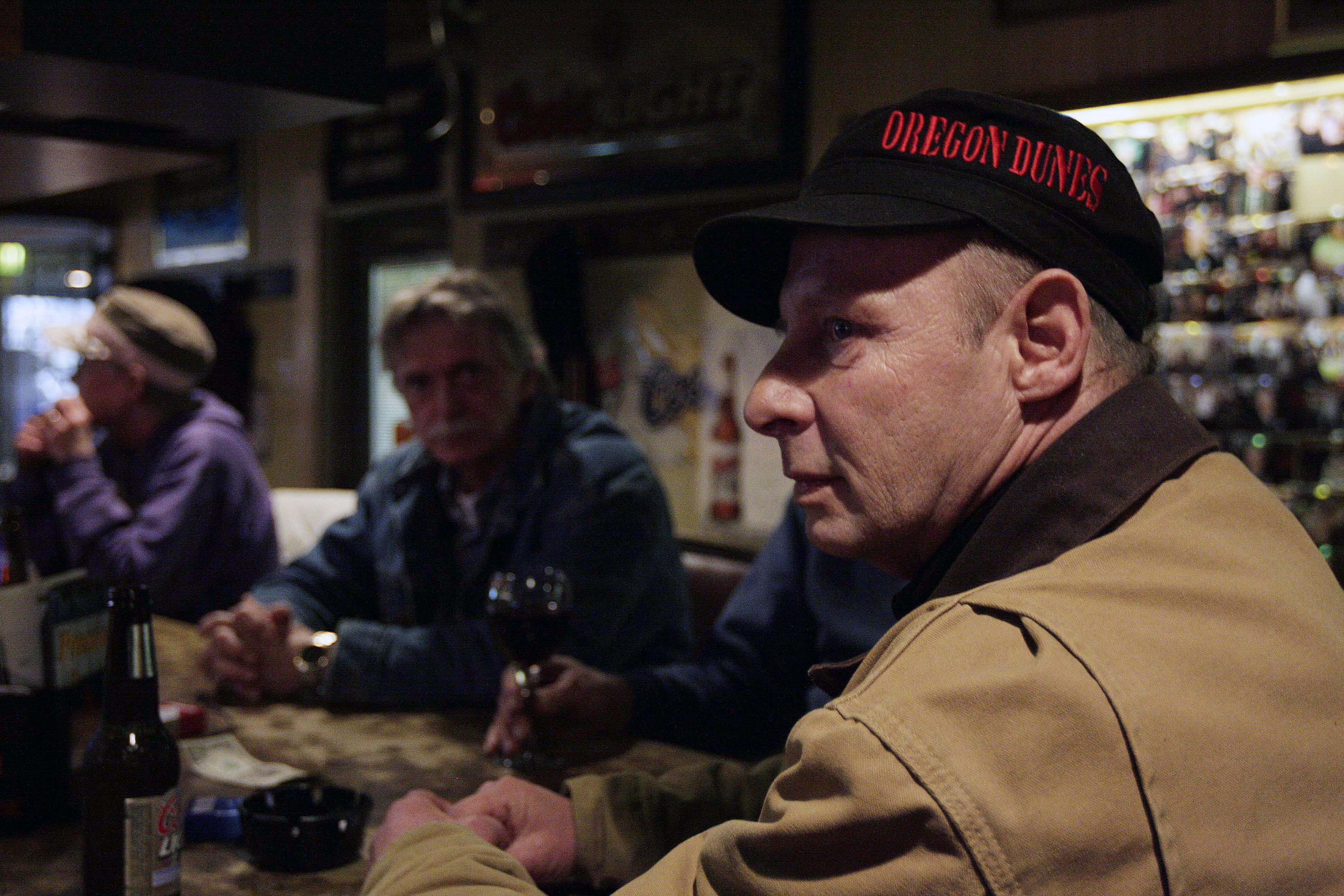 BOISE, Idaho - Rescuers trying to reach a trapped silver miner have found open space behind the tons of rock and debris that fell where he was working, raising hope that he'll be found despite dangerous conditions that have hampered rescue efforts.

Workers using a diamond drill to bore a 2-inch hole from another tunnel completed the 180-foot-long tube and used a borehole camera to confirm there is a void in the area where 53-year-old Larry "Pete" Marek had been, Hecla Mining Co. said in a statement Tuesday night.

"The extent of that space, how large is it, I can't say right now," said Stephany Bales, a Hecla spokeswoman. "The importance here is that they were able to find a void, which means there's space, there's open space, which is encouraging."

Workers also bored a 46-foot-long hole through the rubble pile in the collapsed tunnel, and the two holes were allowing fresh air to enter the void, the company's statement said.

Officials at the Lucky Friday Mine, tucked into the forested mountains of the Idaho Panhandle's Silver Valley, had hoped the drilling would find an open area that could have provided Marek refuge behind the cave-in.

Mine officials said the haphazard nature of the collapse means there are likely pockets in the debris, so somebody trapped inside could still be alive.

Instability deep inside the mine forced rescuers to abandon their efforts to keep digging through another 40 feet of collapsed area to reach Marek, said Federal Mine Safety and Health Administration spokeswoman Amy Louviere.

From a new, safer set-off point more than a mile underground, workers will now have to dig through 220 feet of rock, and they advanced through about 24 feet in the last 24 hours, Bales said.

That pace could accelerate, however.

"We'll see how they do now that they're in progress, they're under way and moving forward at this point," Bales said.

Company officials said the conditions underground are unstable, as rescue workers encountered a debris field laden with boulders, twisted wires, mesh and broken concrete that had been used to shore up the tunnel before it caved in.

The company says its new effort will include blasting the rock with a jumbo drill, removing the material and then buttressing the newly exposed ground to keep it from collapsing, too.

"The drifting procedure is a standard mining method," Hecla said in a statement.

Before Tuesday's change in plans, workers had been using a remote-controlled digging machine called a mucker, advancing a total of 39 feet into the collapsed area, estimated at as long as 75 feet.

The process of shoring up the caved-in tunnel behind the excavation, to make it safe for rescuers to advance, had been consuming valuable time, with supports placed in only about 4 more feet of tunnel over a span of about 12 hours. Rescuers on Monday more than doubled their estimate on the volume of the collapse: from 10 feet high to 25 feet high.

In the end, however, they could go no further without risking their own lives.

"Rescue operations have been suspended from the west side ... due to worsening ground conditions," Louviere said in a press release. "Further mucking will not be taking place in the caved area at this time."

It's unclear if Marek, a 12-year Hecla employee, had communication equipment at the time of the accident. It could have been left in a vehicle he was using at the time. He likely had water, his lunch pail and protective equipment with him.

Marek and his brother, Mike Marek, another mine worker, had just finished watering down blasted-out rock and ore on existing mining areas when the collapse occurred about 75 feet from the end of the 6,150-foot deep tunnel, according to the company. His brother was able to escape.

They had been working at roughly opposite ends of the stope, or active mining area, when the collapse occurred, with Larry working furthest from the exit.

The family has not commented. Federal officials said many of the family's members work at the mine.

All mining activity has been halted for the rescue effort, Hecla said. Officials said they will focus on how the collapse occurred once the rescue is complete.

The mine in Mullan employs roughly 275 workers, about 50 of whom were underground in various parts of the mine when the collapse occurred, Hennessey said.

On its website, Hecla describes itself as the oldest U.S.-based precious metals mining company in North America and the largest silver producer in the U.S. The Coeur d'Alene company currently produces silver from two mines, Greens Creek and Lucky Friday, which has been operational since 1942.

Silver prices have soared about 38 percent this year, and Hecla is spending $200 million to increase its production of the metal by about 60 percent. The upgrades will extend the life of the Lucky Friday mine beyond 2030.

The mine has reported no fatalities dating back to 2000, according to a Mine Safety and Health Administration database. The federal regulator has cited the mine for violations but none in the last year specifically tied to the kind of accident that occurred Friday.

Like mining areas around the world, northern Idaho is not immune to accidents, some of them tragic. Last June, a miner was killed in the Galena Mine in nearby Silverton after a rock slab fell on him.

In 1972, 91 miners were killed in a fire about 3,700 feet underground inside the Sunshine Mine between Kellogg and Wallace.