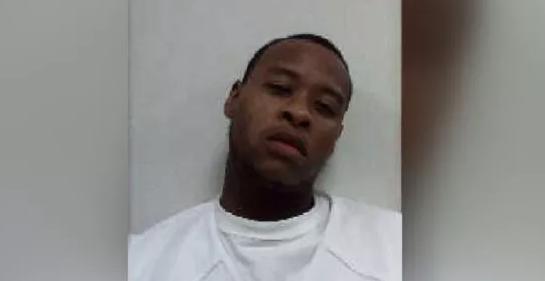 ATLANTA -- A Georgia jury has awarded an eye-popping $1 billion verdict against a security company after an apartment complex guard was convicted of raping a 14-year-old girl. Hope Cheston was outside by some picnic tables with her boyfriend during a party in October 2012 when an armed security guard approached, attorney L. Chris Stewart told The Associated Press on Wednesday. The guard told the boyfriend not to move and raped Cheston, Stewart said.

The guard, identified in the lawsuit as Brandon Lamar Zachary, was convicted of statutory rape and is serving a 20-year prison sentence, according to online prison records.

Renatta Cheston-Thornton filed a lawsuit in March 2015 on behalf of her daughter, who was still a minor at the time. The jury on Tuesday handed down the verdict against Crime Prevention Agency, the security company that employed Zachary.

Zachary, who was 22 at the time of the rape, should never have been hired because he wasn't licensed to be an armed guard, Stewart said.

The judge had already determined the security company was liable, so the jury was only determining damages, Stewart said. After reading the verdict, Stewart said, jurors immediately left the jury box - without waiting for the judge's permission - to hug Cheston and her mother.

Attempts by the AP to reach the company for comment were unsuccessful. Online corporate registration information for Crime Prevention Agency shows that it was dissolved in 2016. The phone at a number listed online for Mario Watts, who's named on the corporate registration as the CEO and identified in the lawsuit as the company's registered agent, rang unanswered Wednesday.

The Associated Press does not generally identify victims of sexual assault, but Cheston, who's now 20, said she wanted her name used. A full-time college student who plans to spend her summer working with an organization in downtown Atlanta that helps homeless people, Cheston said she wants her story to provide strength for other sexual assault victims.

A lot of women who suffer sexual assault don't pursue justice, choosing instead to put it behind them, she said in a phone interview Wednesday.

"I feel like my case is just to show that you may not get it immediately, but you will get what you're worth," Cheston said. "This shows that people do care about the worth of a woman."

Stewart, who has tried a lot of sexual assault cases, said he was shocked when he heard the verdict. He said he had asked jurors to really determine the value of the pain caused by the rape.

"I was really proud of the jury because there is no basis in the legal world for how high a rape verdict can be," he said.

Verdicts in the tens of millions of dollars, or even hundreds of millions, are not uncommon, Jeff Dion, director of the National Crime Victim Bar Association said in an email. But he's never heard of a $1 billion verdict in a case with a single victim.

"This jury was clearly trying to send a message about bad conduct on the part of the company," Dion wrote.

It is more than likely that the security company will appeal the verdict, said Georgia State University law professor Jessica Gabel Cino. An appeals court would consider the reasonableness of the verdict and would also compare it to those awarded in similar cases to see if it's proportional, and it will likely be lowered, she said.

Cino agreed that this verdict was highly unusual but said the allegations in the case seemed especially egregious.

"The facts are just so in the plaintiff's favor when you put all of this together," she said. "I mean, it's really kind of serving up the right case on a platter to the jury."