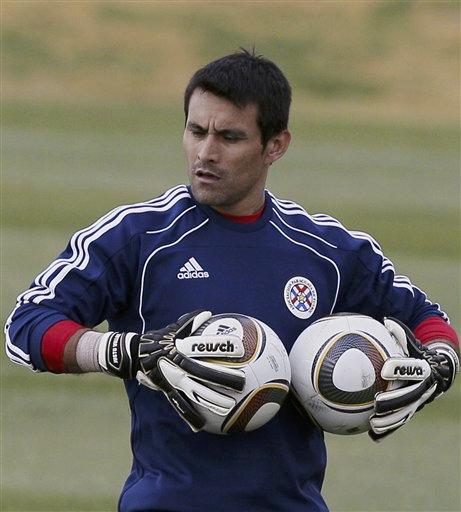 LeBron James will wear a mask to protect a broken bone in his face, but Cavaliers coach Paul Silas said Thursday he hopes the reigning NBA Rookie of the Year won't miss any games.

James fractured his left cheekbone and got a mild concussion after he was accidentally elbowed by Houston center Dikembe Mutombo in the second quarter of the Rockets' 98-87 victory Wednesday night.

James, who told Silas that he briefly lost consciousness after being hit, will be fitted with the protective mask once the swelling in his face goes down. The coach was relieved the injury wasn't more serious and thinks Cleveland's leading scorer will be back Monday at Charlotte.

"I am so happy. That's the best present I could have received," Silas said. "Your worst fear is that he's going to be out a long time. If they had to operate, he could have been out four to five weeks."

James, who turned 20 Thursday, was at home resting.

He was moving across the lane on defense when he ran into the 7-foot-2 Mutombo, whose sharp elbows have dropped more than a few NBA players over the years.

James immediately fell to the floor, covered his eyes and kicked his feet in obvious pain while lying face down as play continued. When Houston scored, the officials stopped the action, and Cleveland's medical staff rushed out to help James, who had to be helped off the court as he held a towel against his head.

As he walked into the Cavs' locker room with a hooded sweatshirt pulled over his head, James looked like a beaten boxer. Mutombo felt bad about what happened.

"I never saw him," Mutombo said. "The next thing I know - Boom! He was laying on the floor. I hope it's not too bad."

James was coming off a 40-point performance in a win at Atlanta on Tuesday. He's averaging 25.2 points but had a career-low three points - all on free throws - with three rebounds and five assists before getting hurt Wednesday.