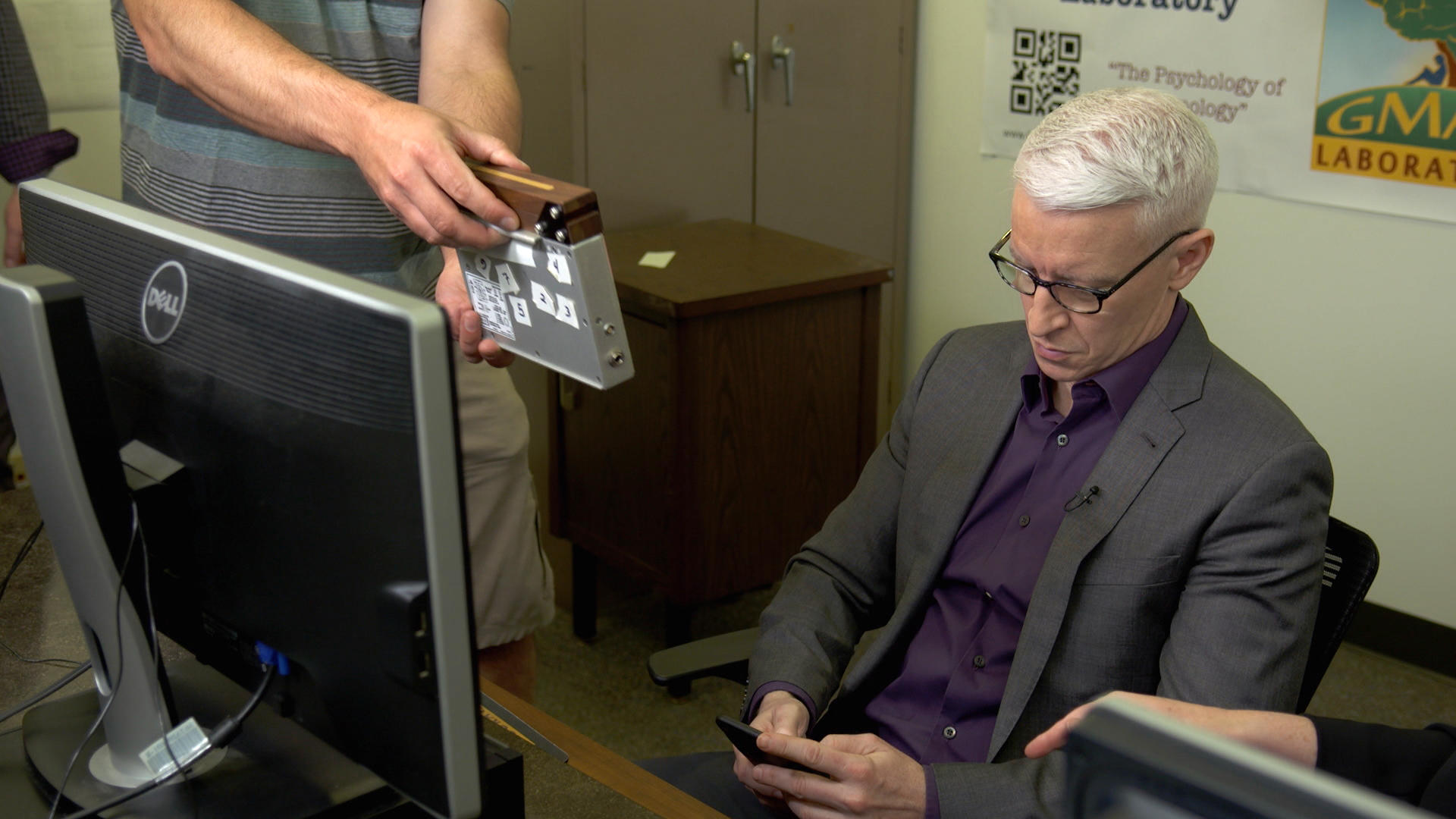 That phone in your pocket is like a slot machine. Every time you check it, you're pulling the lever to see if you get a reward.

At least that's how former Google product manager Tristan Harris sees it. This week on 60 Minutes, he tells correspondent Anderson Cooper that Silicon Valley programmers are engineering your phone and its apps to make you check them more and more.

Take Snapchat. It's the app that teens rank as "most important social network," according to a Piper Jaffray report, and it's keeping teens hooked by design. Snapchat's "streaks" feature shows the number of days in a row that two people have traded photos, and the anxiety of breaking a streak is real.

"And so you could ask when these features are being designed, are they designed to most help people live their life?" Harris says. "Or are they being designed because they're best at hooking people into using the product?"

Psychologist Larry Rosen says technology really does wreak havoc on anxiety levels. He and his team at California State University Dominguez Hills have found that when people spend time away from their phones, their brain signals the adrenal gland to produce a burst of the hormone cortisol. Cortisol triggers a fight-or-flight response to danger, and while it may have made primitive man hyperaware of his surroundings for safety, today it compels us to check our phones.

"Eventually your goal is to get rid of that anxiety, so you check in," Rosen says.

Cooper and the 60 Minutes team found that teens are among the most susceptible to phone anxiety.

"The early science suggests that heavy users of technology, of smartphones, for example, become very anxious when they're not using the technology," says 60 Minutes producer Guy Campanile in the video above. "Teenagers already are the most anxious people you're ever going to meet, so when you toss into that mix a device that, when they're not using, makes them anxious, it just ratchets everything up three or four levels."

Cooper and Campanile went to Paradigm Malibu, a treatment center for teens having emotional and substance abuse issues. The two teens at Paradigm they spoke with realized their phone use had become a problem. One estimated that, before treatment, she had been using her phone six to seven hours a day.

After Paradigm took her phone away, she didn't know what to do with her hands at first, she told Cooper.

"This is a constant stimulation device," Campanile says of smartphones. "And what the therapist told us in regards to the teenagers, is that we as creatures need time just to do nothing. Do nothing."

In fact, doing nothing is what initially made Cooper start thinking about his own phone issues. He reported a 60 Minutes piece about mindful meditation last year and, as part of the reporting process, Cooper was forced to give up his phone during a mindfulness retreat. That experience helped him realize the extent to which his phone was preventing from being "present" in his life

"This is very real to me," he tells 60 Minutes Overtime in the video at the top of the page. "This is something I am wrestling with as well. I'm just on this hamster wheel of running, running, running, and checking messages and all this stuff."

Cooper admitted to feeling low-grade anxiety when he's separated from his phone for any length of time, and he says he sometimes feels his phone ringing when it's not. That sensation is what Rosen calls "phantom vibrations" — tingling neurons that have nothing to do with our actual phones buzzing.

"Even if your phone's not in your pocket, you still believe it's your phone," Rosen says. "That's how powerful this device has become in our lives."

Because many people use their phones as alarm clocks—and then immediately check their phones on waking up—Cooper says it's no wonder the devices have such a hold on us.

"The first several minutes of your day are defined by what pops up on the screen," Cooper says. "And there's tremendous power in that."

How can we find a better balance with our smartphones? Cooper says it's important to realize that your phone may not love you as much as you love your phone.

"It boils down to how individuals, and also parents and kids, educate themselves about the power of these devices," Cooper says.

After all, apps are often a delivery system for ads aimed directly at the user, and companies can tell a lot about who is watching.

Ramsay Brown, a co-founder of the startup Dopamine Labs with a background in neuroscience, says companies like Snapchat are delivering content—and money to advertisers—better than television ever could.

"Snapchat, in all of its little content, knows exactly what you're looking at and exactly how many seconds you looked, when you clicked away, and they're meticulously recording every behavior you're performing," Brown tells Cooper. "And then they can hand it back to NBC or CBS or ABC and say, hey, that little piece of content you did, here's exactly who likes it, here's exactly when they clicked it, and exactly when they lost interest, in ways that TV's just not technologically equipped to do."

But not all those in Silicon Valley are trying to reel users in for as long as possible. Brown is now using his neuroscience education to create apps that break the phone obsession.

And Tristan Harris is working to shift the Silicon Valley culture away from user engagement. He's urging companies to think about how to change the attention economy into a "time-well-spent economy."

"I think a lot of this, it boils down to how individuals, and also parents and kids, educate themselves about the power of these devices," Cooper says.