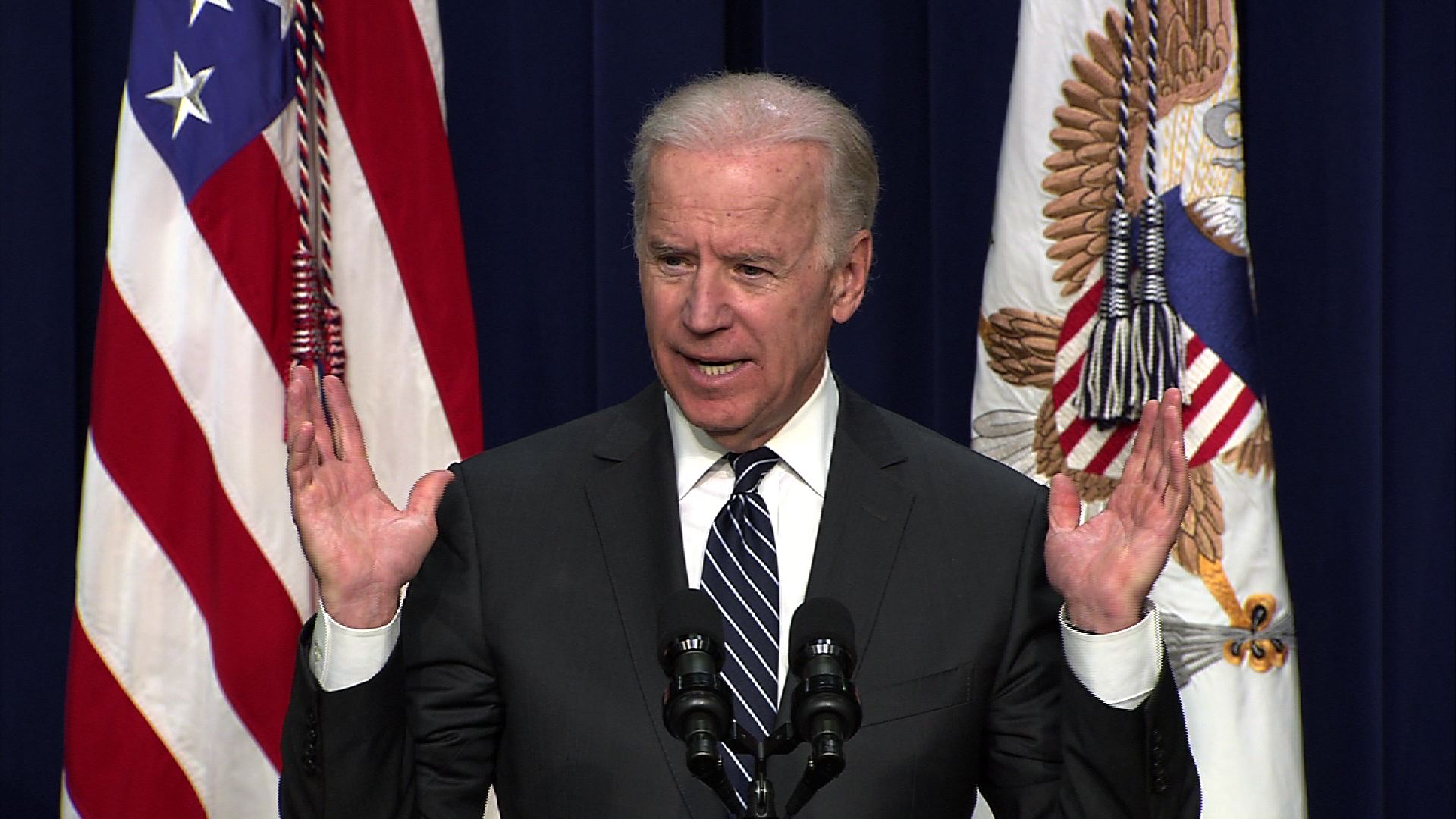 In an emotional and passionate speech at a memorial service for the police officer who was killed last week by the alleged Boston bombers, Vice President Joe Biden today honored the life of 26-year-old Sean Collier - and pledged that, despite the actions of "two cowardly, twisted, perverted knock-off jihadis," terrorism is still "losing."

Biden, who lost his wife and one-year-old daughter in a car accident in 1972, shared his grief with Collier's family, and conceded the "sense of hollowness that feels like you're being sucked into a void you cant control" that will likely haunt them for years.

Collier, an MIT police officer, was killed Thursday night by Tamerlan and Dzhokhar Tsarnaev, the alleged marathon bombers, in a possible play to steal his gun. Tamerlan, the elder brother, was killed later that night after a shoot-out with cops; Dzhokhar was arrested after a protracted manhunt and remains in custody.

"No child should predecease their parents. And although every loss is different, one thing is certain. I know from experience that sense of dread, that reliving the moment and the last nine days, almost hourly, of the moment you learned the fate of your child," Biden said. But, he promised, "The moment will come when that thing that triggers the memory of Sean... You'll know it's going to be okay when the first instinct is, you get a smile to your lips before you get a tear to your eyes."

The vice president, invoking his working-class roots and his Irish heritage, paid tribute to the work of law enforcement officers in Boston and across the country, and lauded the patience and resilience of the people close to them. He also honored the role of law enforcement in the ongoing battle against terrorism in America, and derided the actions of the Tsarnaev brothers, whom he characterized as "two cowardly, twisted, perverted, knock-off jihadis."

"What makes me so proud to be an American is that we have not yielded to our fears," Biden said. "The irony is, we read about these events, we experience them, but the truth is, on every frontier, terrorism as a weapon is losing. It is not gaining adherents and what galls them the most is America does remain that shining city on the hill."

Biden, visibly emotional and in something of a rallying cry, pledged that America would remain strong in the face of terrorist threats.