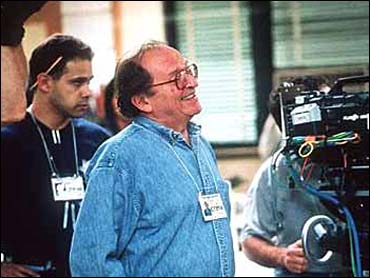 Sidney Lumet, whose 40-plus films include "12 Angry Men," "Dog Day Afternoon," "Network" and "Serpico," is finally getting an Oscar.

The Board of Governors of the Academy of Motion Picture Arts and Sciences voted to give Lumet, 80, an honorary Academy Award to honor his "brilliant services to screenwriters, performers and the art of the motion picture."

Lumet will get the Oscar Feb. 27 at the Kodak Theatre in Hollywood. The show will be broadcast by ABC.

"Lumet is one of the most important film directors in the history of American cinema and his work has left an indelible mark on both audiences and the history of film itself," academy President Frank Pierson said Wednesday.

Born in Philadelphia, Lumet made his stage debut at New York's Yiddish Art Theater at age 4, acting until the 1950s when he began working as a TV director.

He made his feature film debut in 1957 with "12 Angry Men," which earned him an Oscar nomination for directing. He also earned directing nominations for "Dog Day Afternoon" in 1975, "Network" in 1976 and "The Verdict" in 1982, as well as a nomination for adapted screenplay (with Jay Presson Allen) for "Prince of the City" in 1981.

His credits include "Running on Empty," "The Wiz," "Equus," "Murder on the Orient Express," "Fail-Safe," "The Pawnbroker" and "Long Day's Journey into Night."