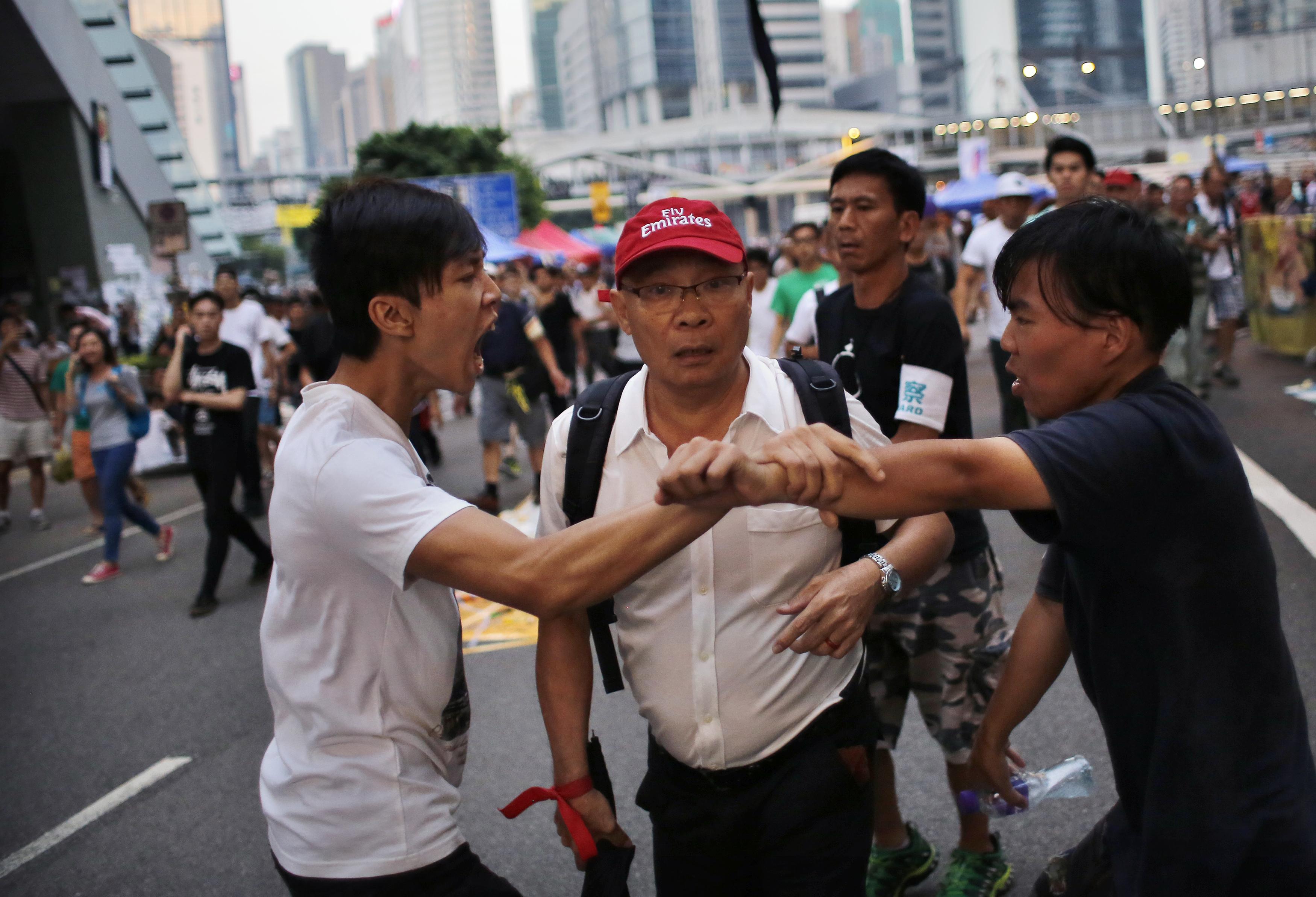 HONG KONG - Hong Kong's government on Thursday canceled talks with student leaders of a pro-democracy protest that has blocked streets in the city for nearly two weeks, with a senior official saying the discussions were unlikely to be constructive.

The talks, which had been scheduled for Friday, will not go ahead because they have been "seriously undermined" by remarks from the student leaders, said the official, Chief Secretary Carrie Lam.

Her announcement came hours after student leaders called for supporters to redouble their efforts to occupy the main protest zone - a highway outside government headquarters that they have dubbed "Umbrella Square." Umbrellas used to combat police pepper spray and tear gas have become a symbol of the nonviolent movement.

"I truly regret that we will not be able to have a meeting tomorrow which will produce any constructive outcome," Lam said.

Student leaders had vowed not to retreat even as the number of protesters occupying the main thoroughfare and streets in two busy shopping districts elsewhere in the former British colony has dwindled sharply this week.

Protester Kaho Lee told CBS News that now was not the time to pack up and go home in spite of tempers cooling and protest numbers dwindling.

Pro-democracy lawmakers, who so far haven't played much of a role in the protests, said they would join in by blocking all government funding requests in the legislature except for the most urgent.

Protesters have occupied the streets since Sept. 28, when police used tear gas in a failed attempt to disperse tens of thousands of people in front of the government complex.

The protesters are demanding the government of the specially administered Chinese region abandon plans to allow Beijing to screen candidates for the city's inaugural elections for its leader in 2017. They also want the current Beijing-backed leader, Leung Chun-ying, to resign.

The government's announcement Thursday was greeted with little more than sneers by protesters.

"Two days ago they wanted to talk, now they won't talk," said Candice Heung, a university administrator who often joins the protest after work and believes the government is dragging out the confrontation. "This doesn't matter at all."

The reality, she said, is the government has no interest in sitting down with the students.

"It's kind of difficult, of course," he said about getting to the office, "but given the circumstances, everybody is trying very hard to try to accommodate the situation."

But the situation got messier last weekend as counter-protest groups -- people either in favor of Beijing's assertion of control over the island, or simply fed up with the protests -- faced off with pro-democracy demonstrators.