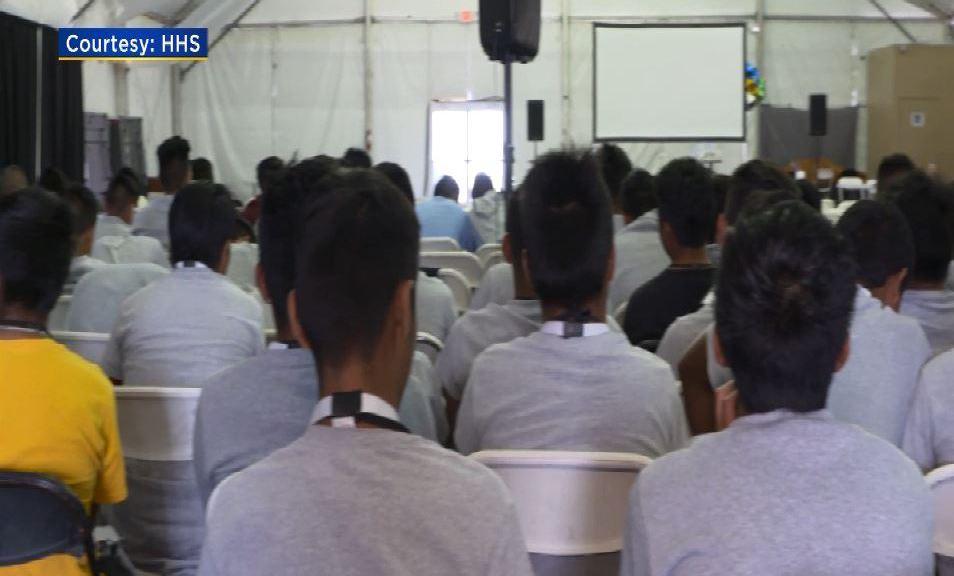 HOMESTEAD, Fla. – A government-provided video released Wednesday night is giving a first look inside a shelter for unaccompanied children in Homestead. U.S. Health & Human Services released the video and says it was recorded Wednesday, CBS Miami reports. Approximately 1,000 children are being held there.

Several dozen of those kids were separated from their families while trying to enter the United States.

Many questions remain about the future of those children and the thousands of others separated at the U.S.-Mexico border.

Government-provided video that Health and Human Services says was taken from the Homestead facility Wednesday is giving our first glimpse inside what life may be like for the nearly 100 children being housed there after being separated from their families at the border and the hundreds more who crossed into the United States alone.

This as a result of a 'zero-tolerance' policy on illegal crossings.

Tuesday Senator Bill Nelson and Congresswoman Debbie Debbie Wasserman Schultz were denied access to the federal facility despite calling ahead of time.

They wondered what there was to hide.

The video released by the Department of Health and Human Services shows children, whose faces are not shown to protect their privacy, painting and doing what appears to be class work, even working on math problems on a board.

The video also shows a dining hall with colorful characters and signs showing the menus for breakfast, lunch and dinner.

Children are seen having what appear to be nutritious meals and you see bunk beds and even a barbershop.

A wall has a poster for the World Cup along with the flags of the countries participating.

Children are seen playing basketball and apparently getting a medical checkup.

A woman is seen on a laptop as a group of girls sit nearby.

CBS4 News called with Miami-Dade Public Schools who told us Wednesday night they do not have any teachers at the facility.

Superintendent Alberto Carvalho fired off a letter to the secretary of homeland security Tuesday noting that the Florida constitution states all children must be provided a public education while they are here.

"I can tell you during migration from Central America we provided teachers," Carvalho said. "These children have the same rights."

The images released from the Homestead facility and government-released video from a facility in Virginia paint a much different picture from video seen at the facility in Texas where children and adults are kept in a cage-like setting.