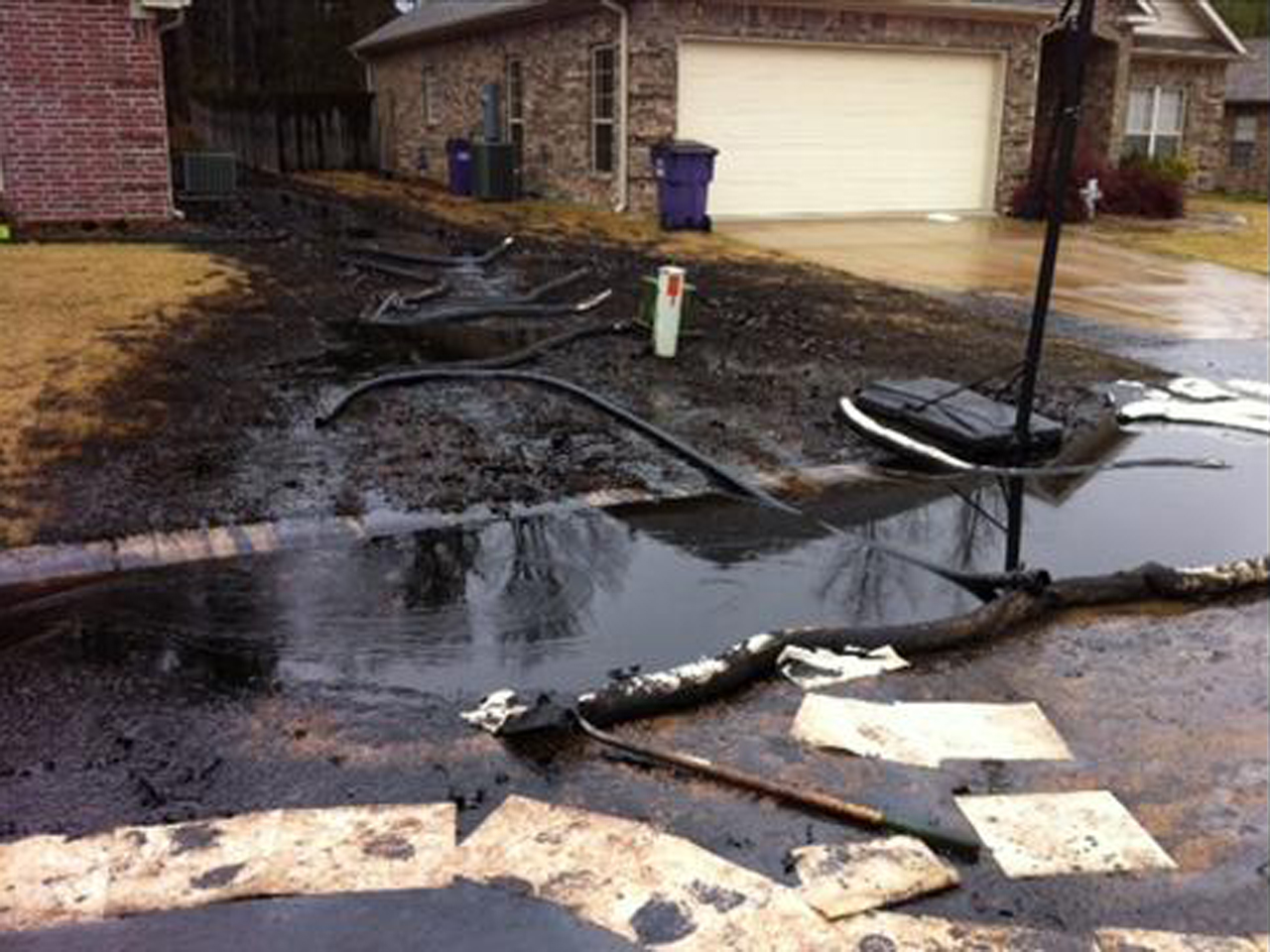 Crews recovered about 12,000 barrels of oil and water after a crude oil pipeline ruptured in central Arkansas, officials said Saturday.

An ExxonMobil pipeline sprung a leak Friday afternoon in Mayflower, a small city about 20 miles northwest of Little Rock.

ExxonMobil and local officials said in a Saturday news release that they suspected a few thousand barrels of oil spilled but are preparing a response for more than 10,000 barrels "to be conservative."

Authorities are still investigating the cause of the spill. The city said Saturday that it recommended that 22 area homes be evacuated. On Friday, officials put the number of homes at dozens.

Crews have mobilized more than a dozen vacuum trucks to the site to clean up the oil, according to the news release.

Professional hygienist authorities are also monitoring air quality, officials said. There are precautions in place to keep oil away from nearby Lake Conway, the news release said.

Officials said earlier the pipeline has since been shut off. Oil spilled onto the road and lawns, but it's unclear exactly how much.

Arkansas Department of Emergency Management spokesman Brandon Morris initially said oil had reached nearby Lake Conway, but he later said that was incorrect.

ExxonMobil says it's investigating and working with local authorities in clean-up efforts. The company says the breach was in a pipeline that originates in Illinois and carries crude oil to the Texas Gulf Coast.

"Well we could see oil running down the road like a river," Joe Bradley, another Mayflower resident ordered to evacuate, told KTHV.

Bradley said he was unaware of the pipeline and only lives four to five homes down from the rupture. He said he is fearful of the effects on his 8-year-old daughter.

"Is she supposed to ride her bicycle out here playing with kids out here?" Bradley asked.