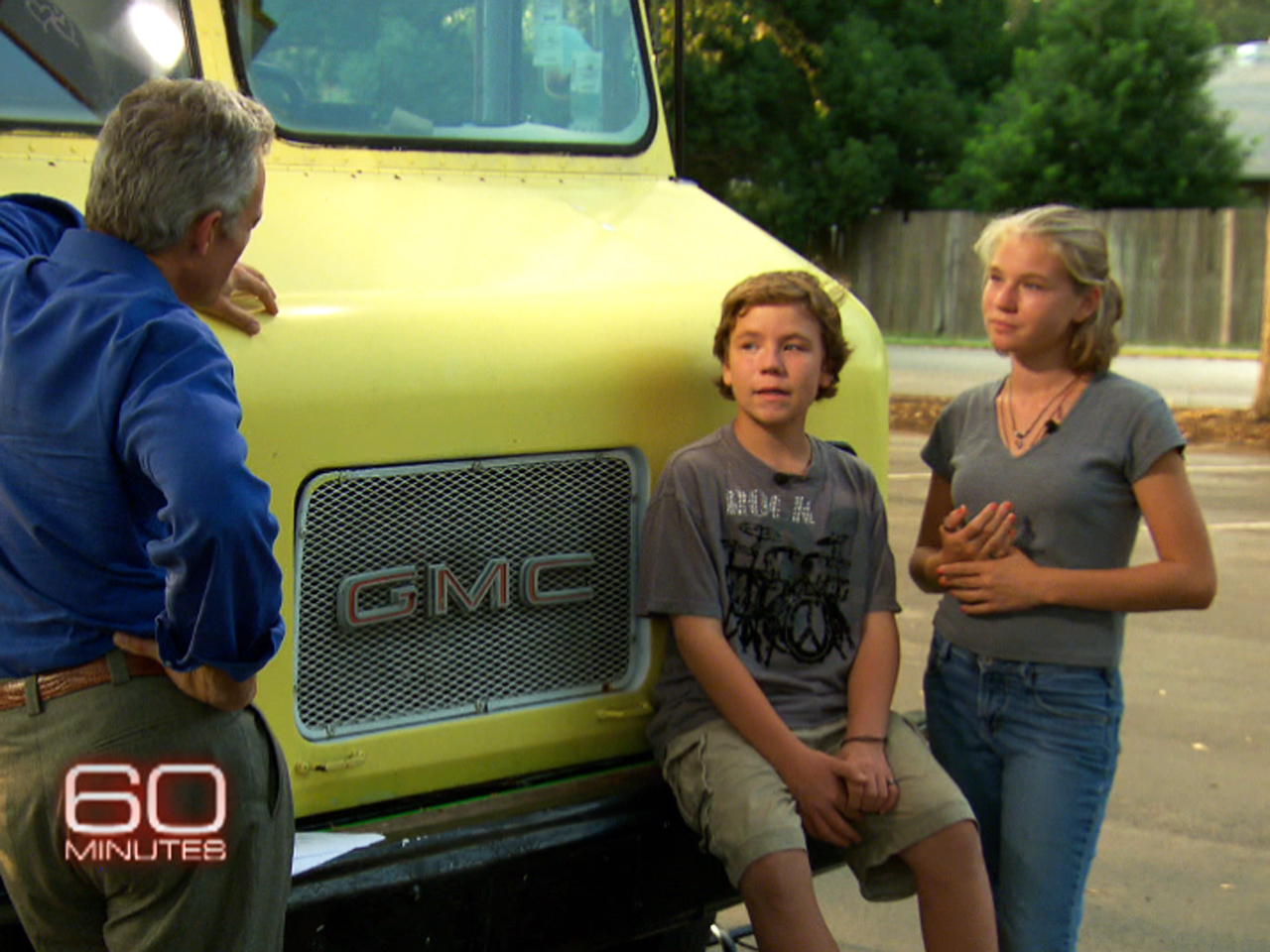 Eight months after a heart-wrenching story about homeless families living in economy motels, Scott Pelley brings "60 Minutes" cameras back to Central Florida to document another level of homelessness - kids and their parents living in cars. Pelley's report will be broadcast on "60 Minutes," Sunday Nov. 27 at 7 p.m. ET/PT.

Pelley's report last March helped generate more than $4 million in donations for the homeless in Central Florida. Beth Davalos, who runs outreach programs for the families of homeless students in Seminole County, used some of it to purchase clothing, pay for motels and set up food banks. But it goes only so far. In the stagnant economy, many are remaining homeless longer and still more suddenly find themselves joining their ranks, reduced to living in the family car.

"The longevity of homelessness continues to rise, so people are running out of resources," says Davalos. "The unemployment runs out. Their savings run out. The family that lent them money does not have it anymore because they're looking at economic hardship and before you know it they find themselves living in their car because they ran out of all options," Davalos tells Pelley.

Pelley talks with several homeless families who speak of the hardships, including getting robbed and the cramped quarters of the vehicles they live in. The Metzger family provides a good example. Arielle, 15, and Austin, 13, lost their mother when they were young. They have lived for five months in a truck their dad, Tom, an unemployed carpenter, purchased with his last money. Arielle calls the situation "an adventure;" she is not concerned that her classmates know her predicament. "Yeah it's not really that much an embarrassment. I mean, it's only life. You do what you need to do, right?"

The family spends nights in parking lots that Tom Metzger seeks out by how well-lit they are for safety reasons. Mornings consist of washing up at gas stations and YMCA's before school. When the children are not in school, their dad drives them to the library to do their studies. They even participate in community theater to stay busy, warm and out of the truck .

The kids have grown up very fast. "Every time I see like a teenager or any other kid fighting with their parents or arguing with them, and like not doing what they're told it really hurts me," says Arielle. "Because they could be in my shoes and of course I don't want them to be in my shoes. But they need to learn to appreciate what they have and who they have in their life. Because it may be the last day they might have it."