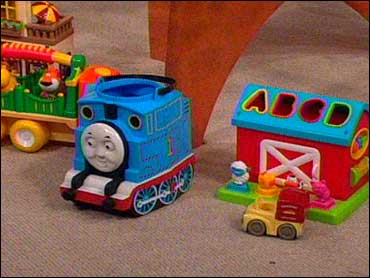 Home kits to test for lead have been flying off store shelves since the plethora of recalls began this summer of toys, many of them made in China, that had unsafe levels of the element in paint and other components.

But the Consumer Product Safety Commission said Monday that its own testing found most of the tests are "unreliable."

"None of the kits consistently detected lead in products if the lead was covered with a non-leaded coating.

"Based on the study, consumers should not use lead test kits to evaluate consumer products for potential lead hazards."

"Most test kits were developed to detect levels of lead in household paint that are usually much higher than CPSC's regulatory maximum level of 0.06 percent. As a result, staff found that these kits may not be useful for detecting relatively low lead paint concentrations or for detecting lead in other materials, such as metal jewelry or vinyl products.

"Also, both types of kits may be affected by substances such as iron, tin, or dirt, or by paint colors that can cause the color in the test kit to change or hide the color change, thereby interfering with interpretation of the test results."

The CPSC said high-tech, X-ray fluorescence (XRF) guns fared better: Lead was found in 12 of 13 samples that contained it. But the commission noted that XRF also has its limitations and is designed for use by pros, not at home.

On Sunday, as representative of Thermo Fischer Scientific, which makes an XRF gun, visited the home of Early Show consumer correspondent Susan Koeppen to test her children's toys. All of them passed, except for her son's toy Hummer.

Koeppen noted that red and yellow paints tend to be the ones that have lead in them, and she advised that parents stick with name-brands.

Of the 3 billion toys sold in the U.S. each year, most are perfectly safe, she added.

And she cautioned that the CPSC expects more toy recalls as we head into the holidays.