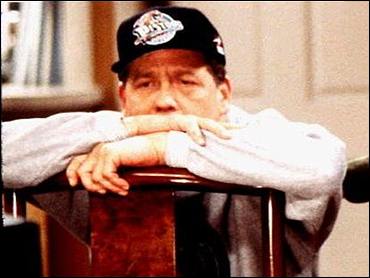 Actor Earl Hindman, best known for playing a neighbor whose face was forever obscured by a fence on the television show "Home Improvement," died of lung cancer Monday in Stamford, Conn. He was 61.

As Wilson, the neighbor of Tim Allen's character on the long-running sitcom, Hindman dispensed folksy advice from behind a white picket fence, with only his eyes and forehead visible to audiences. Before appearing on the show, he played Detective Lt. Bob Reid for 16 years on the daytime drama "Ryan's Hope."

Hindman made his name in New York theater, appearing in "Dark of the Moon" off Broadway in 1970 and in "The Basic Training of Pavlo Hummel" at the Public Theater in 1971. He also acted in two short-lived Broadway plays and in several movies, including "The Ballad of the Sad Cafe" (1991) and "Final" (2001).

He was born in Bisbee, Ariz., and studied acting at the University of Arizona in Tucson.