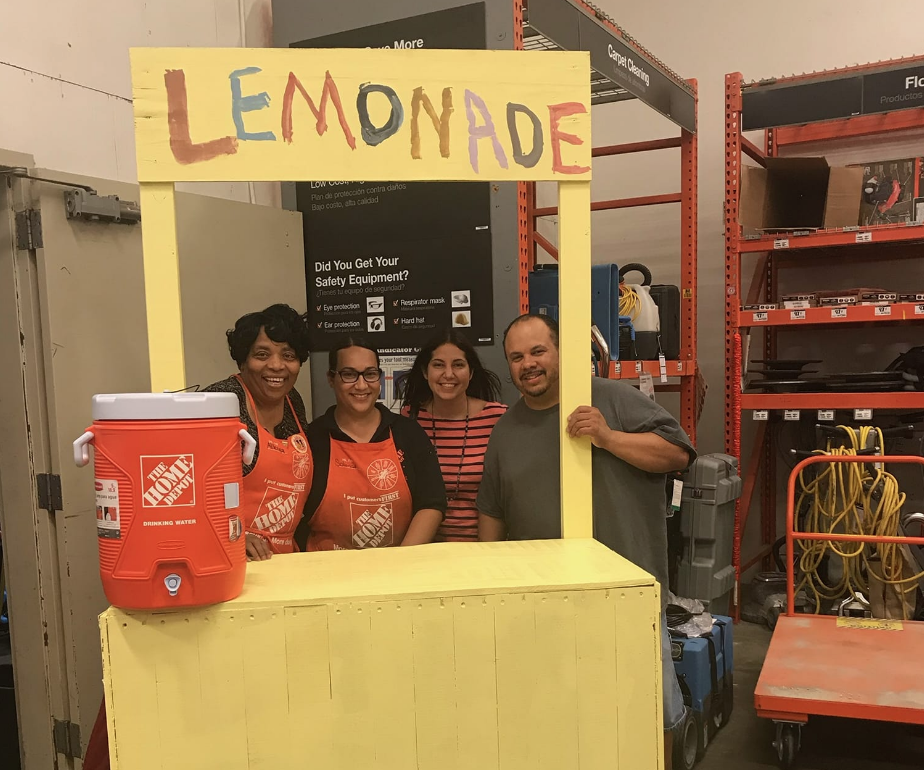 An 8-year-old Florida boy wanted to raise money for a family friend who is battling an aggressive form of childhood cancer. So he and his mother went to a Home Depot for supplies to build a lemonade stand, except they received a lot more than that.

Dawn Redmon and her son, Christian, called the Home Depot store in Apopka with the hope that they'd considering making some sort of donation or giving a discount on the items to build the lemonade stand. They agreed to give supplies, but when Redmon went to pick up the supplies, they found an act of kindness instead.

"I thought I was going to pick up the discounted supplies," Redmon told CBS News on Wednesday. "And it was a big, sturdy and beautiful lemonade stand."

Her best friend's 4-year-old son, Silas, was recently diagnosed with Stage 4 alveolar rhabdomyosarcoma, a rare type of cancer that forms in soft tissue and is mostly found in children. Redmon says the family were blindsided by the diagnosis –– and now, as the child undergoes treatment, they need help in offsetting the medical costs.

"They're trying to get used to what their new normal is going to be," Redmon said of the family.

When the Redmons leared about Silas' condition, they joined with other friends to organize a fundraiser for Silas' family. And Christian, who had wanted to build a lemonade stand to help cancer patients, wanted to pitch in by building a lemonade stand.

"My heart is so full and I am so touched by the AMAZING ladies at Home Depot who made this possible for me!" Redmon wrote in a Facebook post, showing pictures of the fully-constructed lemonade stand with the employees smiling behind it.

"To know that people still exist and do things like this just makes me so happy!" she wrote. "You all went above and beyond and I cannot thank you enough!! Home Depot in Apopka is the BEST!"

An even more encouraging result from her interaction with Home Depot is that other businesses are now helping with the fundraiser when initially it was tough to get any support.

"Other businesses in the community are now helping with the event," Redmon said. "I have businesses donating things to our raffle. Their good deed went way beyond the lemonade stand."

The event for Silas will be held at the Tractor Supply in Apopka on Sept. 1, where the lemonade stand will make its debut. Friends of the family have also set up a GoFundMe page for Silas with the goal of $25,000.