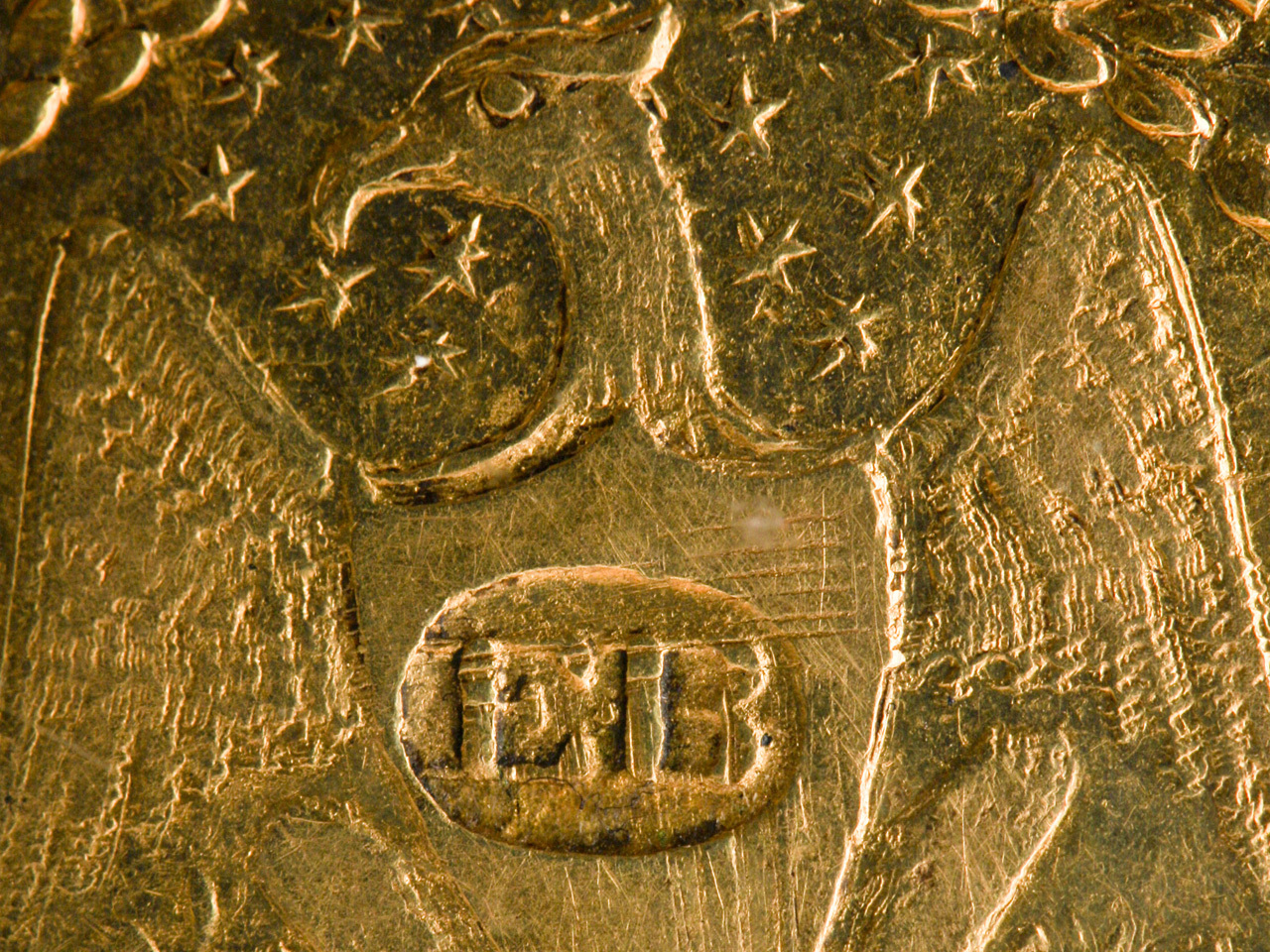 NEW ORLEANS - An exceedingly rare 1787 gold Brasher doubloon has been sold for $7.4 million, one of the highest prices ever paid for a gold coin.

Blanchard and Co., the New Orleans-based coin and precious metals company that brokered the deal, told The Associated Press the doubloon was purchased by a Wall Street investment firm. Identities of the buyer and seller were not disclosed.

Minted by Ephraim Brasher, a goldsmith and neighbor of George Washington, the coin contains 26.66 grams of gold — slightly less than an ounce. Worth about $15 when it was minted, the gold value today would be more than $1,500.

The Brasher doubloon is considered the first American-made gold coin denominated in dollars; the U.S. Mint in Philadelphia didn't begin striking coins until the 1790s, and foreign coins of various currencies were in use in the nation's early years.

At Blanchard's New Orleans headquarters Friday, the doubloon sat sealed in a protective case on an office table surrounded by three armed guards. Elevators were shut off to the 19th floor of a downtown office building housing Blanchard's offices, and doors inside the office were locked.

The coin, which is smaller than a half dollar but heavier, was to be delivered by armored vehicle to the buyer over the weekend.

Blanchard has brokered the sale of other extremely rare and valuable U.S. coins, including a 1913 Liberty Head nickel that sold for $3 million.

The Brasher doubloon last changed hands in 2004 for $3 million.

"We have known about it and coveted it for years," said Blanchard CEO Donald Doyle Jr.

About six weeks ago, the doubloon was sent to John Albanese of Certified Acceptance Corp. for grading and authentication. Albanese is a consulting partner for Blanchard and well-established in the coin grading field.

Albanese said he offered $5.5 million for the coin more than three years ago — and the offer was rejected.

"It's not a stretch to call this the holy grail of all collectible gold coins," he said.

Brasher made a small number of the doubloons and other coins that are believed to have been intended for circulation. At that time, the nation had not yet established a currency standard, and there also were mints operating in the states that mostly produced copper coins for small change.

The Brasher coin was called a doubloon because it is approximately the weight of a Spanish gold doubloon, a common coin in colonial America.

Many coin collectors stick to more affordable commodities: The U.S. Mint has issued commemorative coins for decades, including a series of quarters honoring each state. In the 1980s, the mint started turning out gold and silver coins designed for commodity traders and investors.

But the Brasher doubloon falls into the rarefied strata of collecting where big-stakes plays are made for classic rarities such as the 1804 silver dollar, the 1861 Confederate half dollar stuck in New Orleans and the 1894-S dime struck in San Francisco, all of which command huge prices.

A 1933 $20 gold Double Eagle, which fetched more than $7.5 million at auction in 2002, rivals the doubloon as the highest valued gold coin. But fees and commissions, which aren't disclosed, blur the picture of which coin claims the crown.

Legends of intrigue follow the coins as they move, often secretly, from collector to collector.

"While precious metals have been a hot news topic for the last several years, ultra-rare collectible numismatics have quietly continued to have strong investor demand," Doyle said.

There are probably only five or six individuals in the world with the interest and money to buy such a coin, Albanese said.

Albanese said the coin had seen light circulation. On a scale of 0 to 70 widely used in investment coin grading, Albanese graded the doubloon a 50.

"It's a truly beautiful coin," he said.