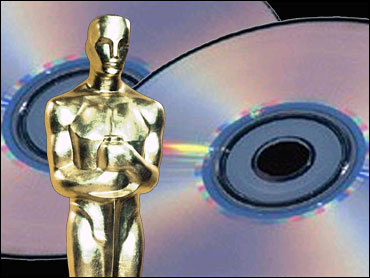 The lawsuits are aimed at disrupting the unauthorized distribution of movie files through BitTorrent and eDonkey, two popular online file-swapping services, the source associated with the effort told The Associated Press on condition of anonymity.

Calls to the Motion Picture Association of America were not immediately returned Tuesday. The trade group was expected to formally announce the lawsuit campaign at a news conference in Washington scheduled for Tuesday afternoon.

BitTorrent and eDonkey work differently but both enable computer users to share music, film, software and other files.

Both services have steadily gained in popularity after the recording industry began cracking down last year on users of Kazaa, Morpheus, Grokster and other established file-sharing software.

To disrupt BitTorrent users, the movie studios' lawsuits will target U.S.-based tracking servers that help direct how the bits of data move between users, the source said.

It was not immediately clear how many server operators would be sued or when the lawsuits would be filed.

Hollywood movie studios have become more proactive recently in their efforts to stamp out the unauthorized trading of films online, which the studios say has the potential to threaten their industry, particularly as bandwidth makes the large movie files easier to download.

By comparison, music files are far smaller and swapped at greater volume.

Last month, the studios began suing computer users for swapping digitized films online for copyright infringement. The industry has also been a party to lawsuits against Kazaa, Morpheus and Grokster.

The industry failed to persuade U.S. federal courts to shut down the services, and is awaiting a decision by the U.S. Supreme Court.