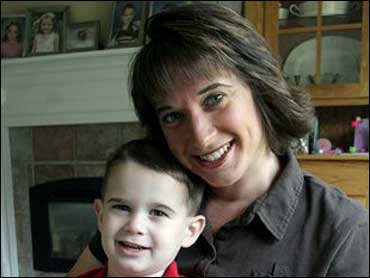 Of the 53,134 TV or movie roles, 11,930 went to minority actors, the guild reported. White actors still dominate the industry, however, playing 76.1 percent of all roles.

The report also found that men continued to win nearly twice as many roles as women - 62 percent against 38 percent - in the film and TV industry, even though women make up the majority of Americans.

"We're moving slowly but steadily toward the reality of portraying the American scene," SAG President William Daniels said. "We are delighted to see gains for all ethnicities on the large and small screen, but there's no question there's still plenty of room for growth in diversity in the television and film world."

About 14.8 percent of all roles went to blacks, the highest percentage since the guild began compiling statistics in 1992. In 1999, blacks received 14.1 percent of all movie or TV parts.

"This is important data to have, but I don't know that the good news is really that good," said Darnell Hunt, director of the Center for African American Studies at University of California Los Angeles.

"When you start looking at the types or roles and screen time, there may be more roles but these aren't starring parts," he said.

Eric Mansker, who chairs SAG's Subcommittee on Stunt Performers of Color, said the gains shown in the study gloss over what he sees as continued "ghettoizing" of minority actors, particularly on television.

"There's a very small number of minority shows that really show the American scene," Mansker said. "Everybody isn't a gangster, everybody isn't into hip-hop. ... If you were from another planet, and you came down here and watched TV for a day, you would get the idea there is no family structure in America other than white family structure."

While Latinos and Asian Americans also reached their highest percentage of SAG roles to date - at 4.9 percent and 2.6 percent, respectively - those figures fall considerably below each group's percentage of the U.S. population (11.4 percent and 4 percent), the study said.

"It's too little progress, but the number is going in the right direction," said Lisa Navarrete, spokeswoman for the National Council of La Raza, the nation's largest Hispanic advocacy group. "We're 13 percent of the population of the U.S., so I'd hope we could get 13 percent of the roles."

Meanwhile, American Indians were cast in 0.3 percent of roles, up from 0.percent.

However, guild spokesman Greg Krizman cautioned that the guild's data only examine the quantity of minority actors hired, not the quality of roles they play.

Krizman also said the 7 percent increase in overall jobs from 49,662 in 1999 is likely due to a boom in film and TV production aimed at averting a potential strike by actors when they negotiated for a new contract this summer.

A settlement was reached in July without a walkout.

The National Association for the Advancement of Colored People has been one of the most vocal groups decrying the absence of strong roles for minorities on network television. NAACP officials declined to comment on the SAG statistics. The group plans to issue its own report on TV diversity later this week.