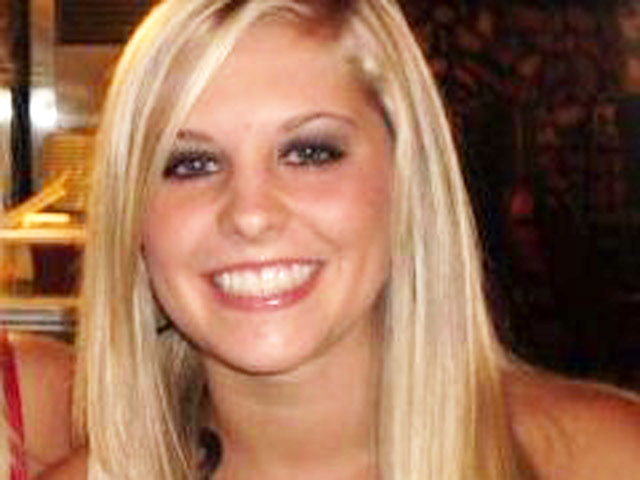 PARSONS, Tenn. - Authorities refused to rule out anyone in Parsons, Tennessee as potential suspects in the disappearance of 20-year-old nursing student Holly Bobo, and are asking for help from people in the rural community as the search continues.

"We have not eliminated anyone from the investigation," Mark Gwynn, Director of the Tennessee Bureau of Investigation, told "The Early Show... that's why we ask the community to look among themselves."

The Tennessee Bureau of Investigation and other law enforcement agencies asked residents during a news conference Sunday to take notice of anyone whose whereabouts were unaccounted for Wednesday morning when Bobo went missing.

"We've asked for their support and help," Gwynn said. "I think we're on the right track."

Bobo was last seen Wednesday morning by her brother outside the family's home.

Investigators initially said Clint Bobo saw the back of an unidentified man dragging his sister towards the woods as she was leaving for class. Now they say someone walked her away, and that her brother called 911 after spotting blood outside the house.

The man who was seen with Bobo outside her home is described as dressed in full camouflage clothing, approximately 5'10" to 6 foot tall, and from 180 to 200 pounds.

Officials said to be on the lookout for changes in behavior, such as missing work Wednesday through Friday. They also said to look for someone who may have excessively cleaned or sold a vehicle or all-terrain vehicle.

"If somebody is feeling very anxious or acting suspicious, behaving abnormally feeling a lot of anxiety - these are all things that would lead us to believe that this person could be a suspect," Spokeswoman Kristin Helm of the Tennessee Bureau Investigation said.

CBS News correspondent Don Teague reports that while police initially believed the attacker had dragged Bobo away -- based on her brother's account -- investigators now suspect it was a familiar community member who led Bobo into the woods.

"It might have been somebody close that kind of knew our routine - when I left, and when she left, and when my daughter left to go to school," said Dana Bobo, the student's father.

The public has given authorities more than 250 tips in the disappearance. Search teams continued to look for clues to Bobo's whereabouts Sunday in areas around Interstate 40 and at Natchez State Park in Henderson County.

Tennessee law enforcement authorities ask anyone with information on Bobo's disappearance to call their tip line on: 1 800 TBI FIND (824 3463).