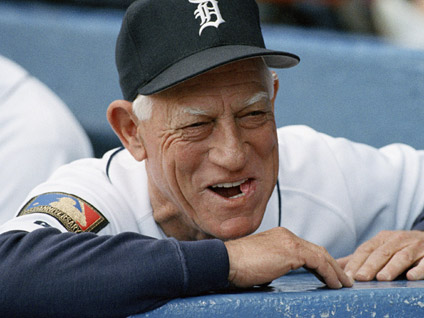 Dutch student Joran van der Sloot said in a television interview Friday that he was lying when he told a friend privately he was involved in Natalee Holloway's disappearance.

Van der Sloot's comments on Dutch television show "Pauw & Witteman" came after reports that crime reporter Peter R. De Vries had captured him in an apparent confession. He was reported by Dutch media as having been caught by a hidden camera saying Holloway died after having sex with him, and that he then dumped her body at sea off Aruba with the help of a friend.

"It is true I told someone. Everybody will see it Sunday," Van der Sloot said, referring to De Vries' planned television show. De Vries claims to have solved the mystery of Holloway's May 2005 disappearance with the help of an undercover investigation.

Aruban prosecutors said Friday that they are reopening their investigation into the case after seeing secretly taped material from the journalist.

Prosecutors made no reference to the possibility of an arrest, and said they wouldn't comment further so as not to jeopardize the investigation.

Dutch reporter Peter R. de Vries has promised to broadcast on Sunday a secretly taped "confession" by one of the suspects in Holloway's May 2005 disappearance. He has not made clear what the "confession" consists of.

Dutch newspapers published a partial transcript of his talks with Aruba prosecutor Hans Mos, and Mos' office said Friday that "what appeared on the Internet seems to be a reproduction of a part of the conversation."

In the transcript, De Vries refers to a "confession" he obtained from suspect Joran van der Sloot, but doesn't say what he allegedly admitted to.

"This is very impressive," Mos is quoted as responding in the transcript, though it was not clear what specifically he was referring to. "We have thought to ourselves that this was a very probable chain of events but until now we lacked sufficient evidence."

In another part of the transcript, the prosecutor says: "Clearly, it's the first time that he's confessed to somebody. This is his coming out."

Holloway, 18, of Mountain Brook, Ala., was last seen in public leaving a bar with Van der Sloot and two Surinamese brothers - Deepak and Satish Kalpoe - hours before she was due to board a flight home from a school trip to Aruba.

The three were re-arrested in November, but released within weeks for lack of evidence. Prosecutors then dismissed their case against them, saying they lacked evidence even to prove a crime had been committed. Authorities have said the case could be reopened if new evidence surfaces.

"We believe there's no evidence. We believe that it's the same old, same old. They just keep on going back to the same place," Arnold told CBS News' The Early Show.

"We don't know what the tape is. We don't know if it's spliced. We don't know anything, but I'll tell that you there's going to be no evidence that he had anything to do with her disappearance because he did not," Arnold told The Early Show.

On Thursday, Aruban prosecutors had said they were investigating new information provided by De Vries. Without providing details, the prosecutors said the new material might help them determine how Holloway died and what happened to her body.

De Vries told Dutch television that he used a hidden camera in Aruba and the Netherlands to obtain images "that have proved to be very important" and that he would reveal what happened to Holloway on Sunday.

Two weeks ago, during a televised interview with De Vries,

Van der Sloot threw wine in the journalist's face (video)
after he challenged his credibility.

"This entire investigation has been irresponsible from day one," Arnold told The Early Show. "It's been focused completely on Joran van der Sloot when there's absolutely no evidence there ever has been that he had anything to do with this murder or disappearance. Because at this point, we don't know that there was a murder. There's no evidence of it."