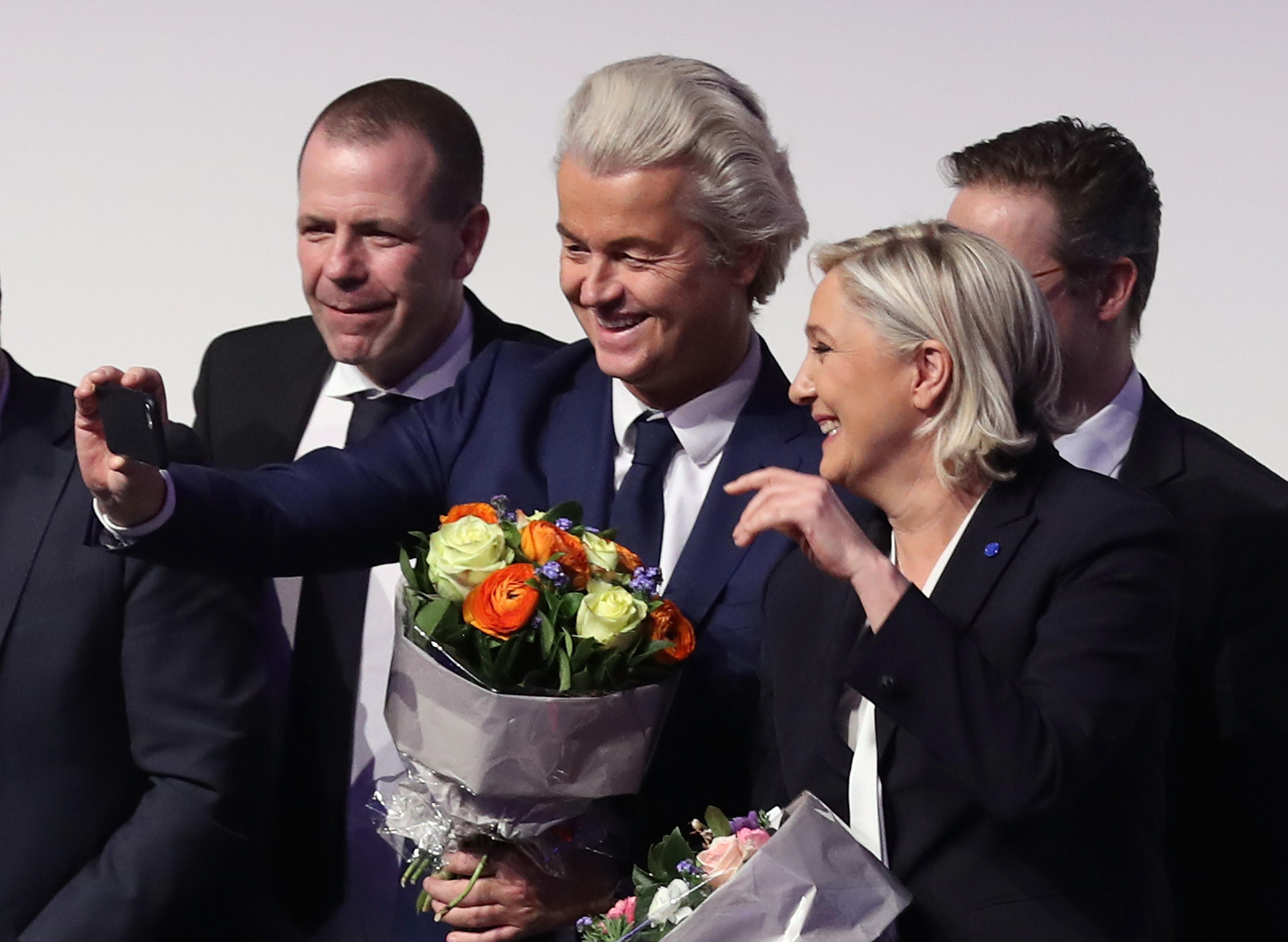 Wilders -- seen by many as a Dutch equivalent of Mr. Trump -- paid tribute to the new U.S. leader, saying, “Finally America has a president, finally a country in the West has a president, who not only lives up to his promises but who says ‘the freedom of my citizens is more important than anything.’”

Foreign Minister Bert Koenders hit back. “If you want to fight terror, then the worst thing you can do is trample human rights,” he said.

The heated debate foreshadows what is likely to be a highly charged campaign ahead of national elections on March 15. Wilders’ Party for Freedom, which currently holds 12 seats in Parliament’s lower house, is polling strongly ahead of the vote.

Wilders’ party has long advocated banning migration to the Netherlands from Muslim nations and even called on Mr. Trump in a tweet over the weekend to extend his ban to Saudi Arabia.

“President Trump has, in two weeks, pursued an immigration policy that is more effective than your entire Cabinet for as long as you have existed,” Wilders told Koenders.

The Dutch government, meanwhile, has been pushing back at some of Mr. Trump’s policies since he took office. On Tuesday, Koenders also said he was suspending talks with the U.S. about placing American border checks at Amsterdam’s Schiphol Airport.

Dutch authorities also updated their official travel advisory for the U.S. to warn of the effects of Mr. Trump’s new policy on Dutch citizens who have dual nationality with one of the seven nations affected.

In another move, the government announced on Saturday it is putting 10 million euros ($10.7 million) into an international fund it has launched to finance access to birth control, abortion and sex education for women in developing nations after Mr. Trump cut U.S. funding for such services.