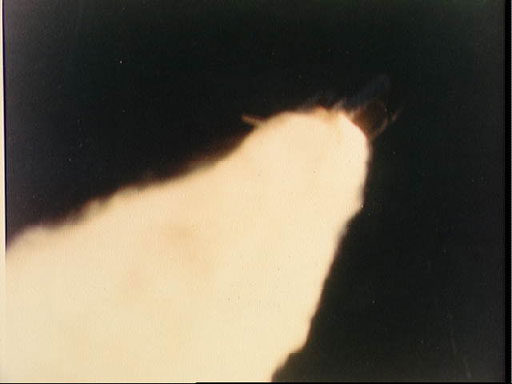 By the time Chris Hoiles' second grand slam sailed past the foul pole, his fan club pretty much had the run of Jacobs Field.

Hoiles treated more than 20 friends and family members in the stands to a feat even rarer than a perfect game, becoming the ninth major leaguer and first catcher to hit two grand slams in a game Friday night as the Baltimore Orioles beat the Cleveland Indians 15-3.

"It's a bunch of things wrapped into one," said Hoiles, an Ohioan, whose mother and pregnant wife, Dana, were among the witnesses to history. "I had friends and family here. Just to do two in one game, that in itself is pretty exciting."

Robin Ventura of the Chicago White Sox was the last player to hit two grand slams, on Sept. 4, 1995 against Texas.

Eight of the nine players tied for the record are American Leaguers. The only NL player was Atlanta pitcher Tony Cloninger in 1966.

Hoiles joined Jim Gentile and Frank Robinson as the Orioles on the list. He tied Mike Piazza for the major-league lead with three grand slams, and his eight RBI were a career high.

Hoiles, a native of nearby Bowling Green, didn't seem to grasp at first the historic nature of his accomplishment. The more he thought about it, the more impressive it became.

"I heard some pretty good Orioles names that I joined, and to be only the ninth guy to do it, that's pretty special," he said.

Hoiles has eight career grand slams, but there was a much better statistical chance that Hoiles would catch a perfect game from starter Mike Mussina (11-6)There have been 13 of those since 1900.

The several thousand fans who remained when Hoiles made it 15-2 with his second slam off Ron Villone in the eighth gave him a standing ovation.

"I didn't know quite what to make of that," Hoiles said. "I don't know if they became O's fans for a minute or what."

Hoiles hit his seventh career grand slam in the third off Charles Nagy, who yielded 11 of Baltimore's runs. With two outs in the eighth against Villone, Hoiles hit a 406-foot shot to left on a 3-2 fastball.

"I thought it was going over the walkway," said Baltimore manager Ray Miller, referring to a pedestrian bridge behind the left-field patio. "I don't know where it went."

Eric Davis led off Baltimore's five-run third with a single to extend his hitting streak to 29 games, longest in the majors this season.

The Orioles won for the ninth time in 11 games and improved to a major-league-best 26-7 since the All-Star break. Cleveland is 16-19 in the second half.

"On the list of who's hot and who's not, they are on the first list," Cleveland manager Mike Hargrove said. "We're on the who's not."

Nagy (10-8) allowed a career-high 10 earned runs in five innings. He gave up 12 hits, including Hoiles' grand slam -- the major-league-leading 31st homer allowed by the Cleveland right-hander.

When Nagy was taken out to a chorus of jeers in the sixth, he waved his cap to the crowd in a frustrated mock salute.

"I just acknowledged their boos," said Nagy, who walked four -- two intentionally -- struck out two, threw a wild pitch and hit a batter. "I haven't given them anything to cheer. I've given a lot of souvenirs to people sitting in the outfield seats."

With Baltimore leading 11-2, Rafael Palmeiro led off the eighth with an infield single. Willie Greene walked and was forced at second as Harold Baines hit into a double play that sent Palmeiro to third.

Jeff Reboulet and Rich Becker walked, and Hoiles homered on a 3-2 pitch.

Mussina gave up two runs and seven hits in eight innings, walking none, striking out five and throwing 72 of 104 pitches for strikes. Cleveland catcher Sandy Alomar, whose liner hit Mussina in the face on May 14, got the night off.

Cleveland's Travis Fryman led off the second with his 22nd homer, tying his career high. Cecil Fielder, signed off waivers by Cleveland on Thursday, made his first appearance for the Indians at first base in the seventh.

Davis, who has the longest hitting streak in Orioles history, singled to right in the third and was forced out on Baines' fielder's choice. Cal Ripken doubled, and Nagy intentionally walked B.J. Surhoff before Hoiles homered to left to make it 7-1.

Nagy hit Brady Anderson leading off the sixth, threw a wild pitch and walked Palmeiro. He was finally lifted after Greene's infield single made it 9-2.

With Bordick on third and Alomar on first, Alomar tried to steal second. Borders tried to fake to second, but lost his grip on the ball. It bounced on the grass in front of the plate and into left field, allowing Bordick to score and Alomar to reach third. Anderson's RBI infield single made it 3-0.