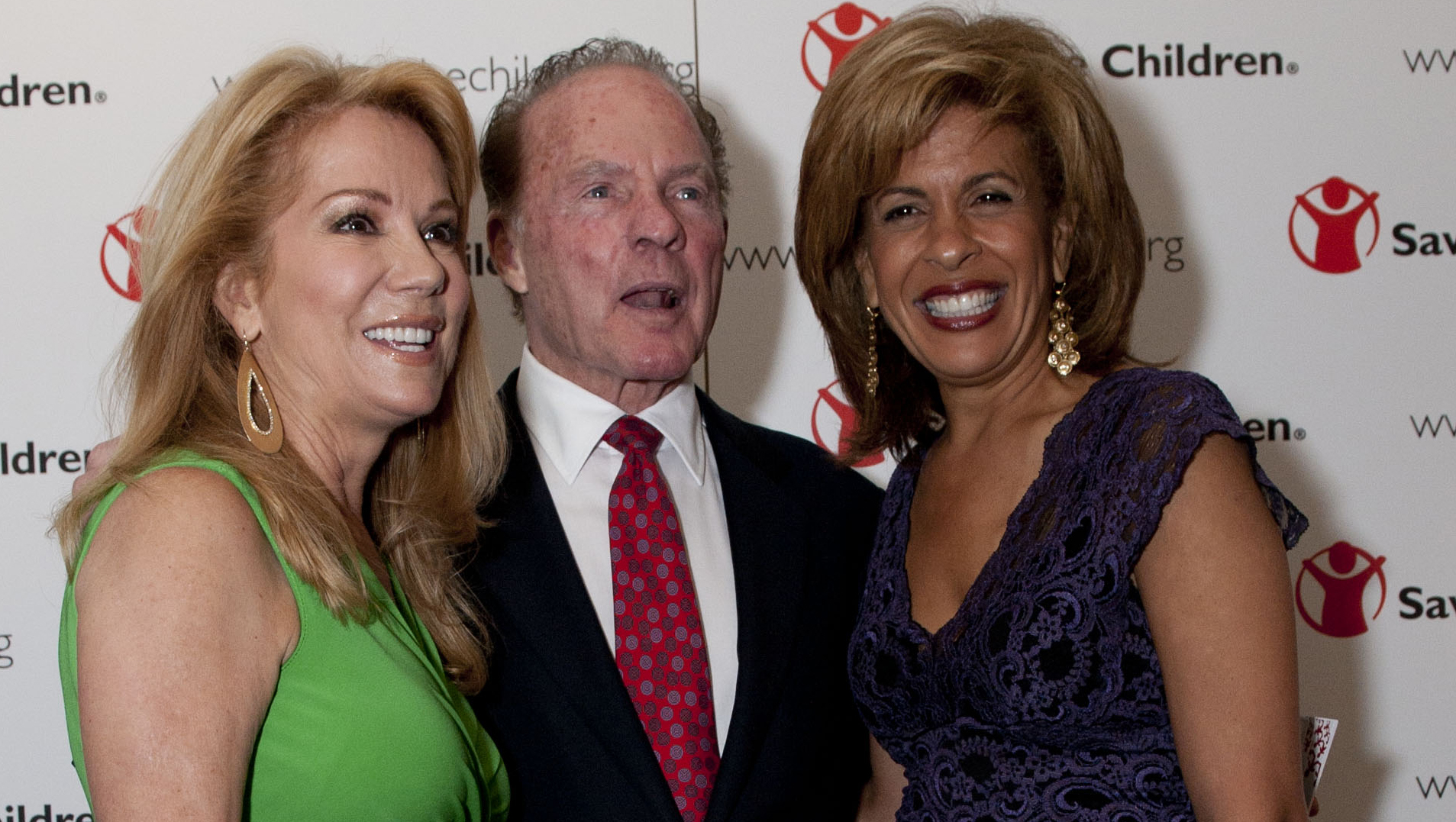 Kathie Lee Gifford was absent on "Today" on Monday following her husband Frank Gifford's death, but her presence was very much felt as her co-host, Hoda Kotb, got teary on the show.

Kotb recounted the moment she learned of the death to Jenna Bush Hager.

Kotb said she had just landed after a flight from New Orleans and was scanning past texts wishing her a happy birthday when she saw one from Kathie Lee that said Frank was dead.

"She left a voicemail, too, that Frank had passed," Kotb explained.

As true friends do, Kotb rushed to Kathie Lee's side.

"She asked for people not to come to her house yesterday, so I left the airport and drove to her house," Kotb said. "And when I got there, she looked at me and said, 'I'm so glad you never listen to me.'"

Kotb said most of all, she was inspired by how graciously Kathie Lee handled the situation.

"You know how she always talks about her faith," said Kotb. "And I know she lives her faith, and I believed it. But I got to tell you, I didn't believe it more than I did yesterday when I saw her after that. Frank had passed away hours before, and she said she was rejoicing in his life and when she said it, Jenna, you felt it."

Kotb also said that Kathie Lee was grateful that Frank had lived a happy, accomplished life and chose to "rejoice" in his life rather than mourn his death.

Kotb said of her friend and co-host, "I was crying and she was holding my hand and she said, 'Let me tell you something, let me tell you what a tragedy is ... A 4-year-old girl having cancer is a tragedy."

Kathie Lee thanked her friend for speaking out on Twitter.

Frank died suddenly at his home in Connecticut of natural causes Sunday morning. The NFL icon and sports broadcast legend was 84.