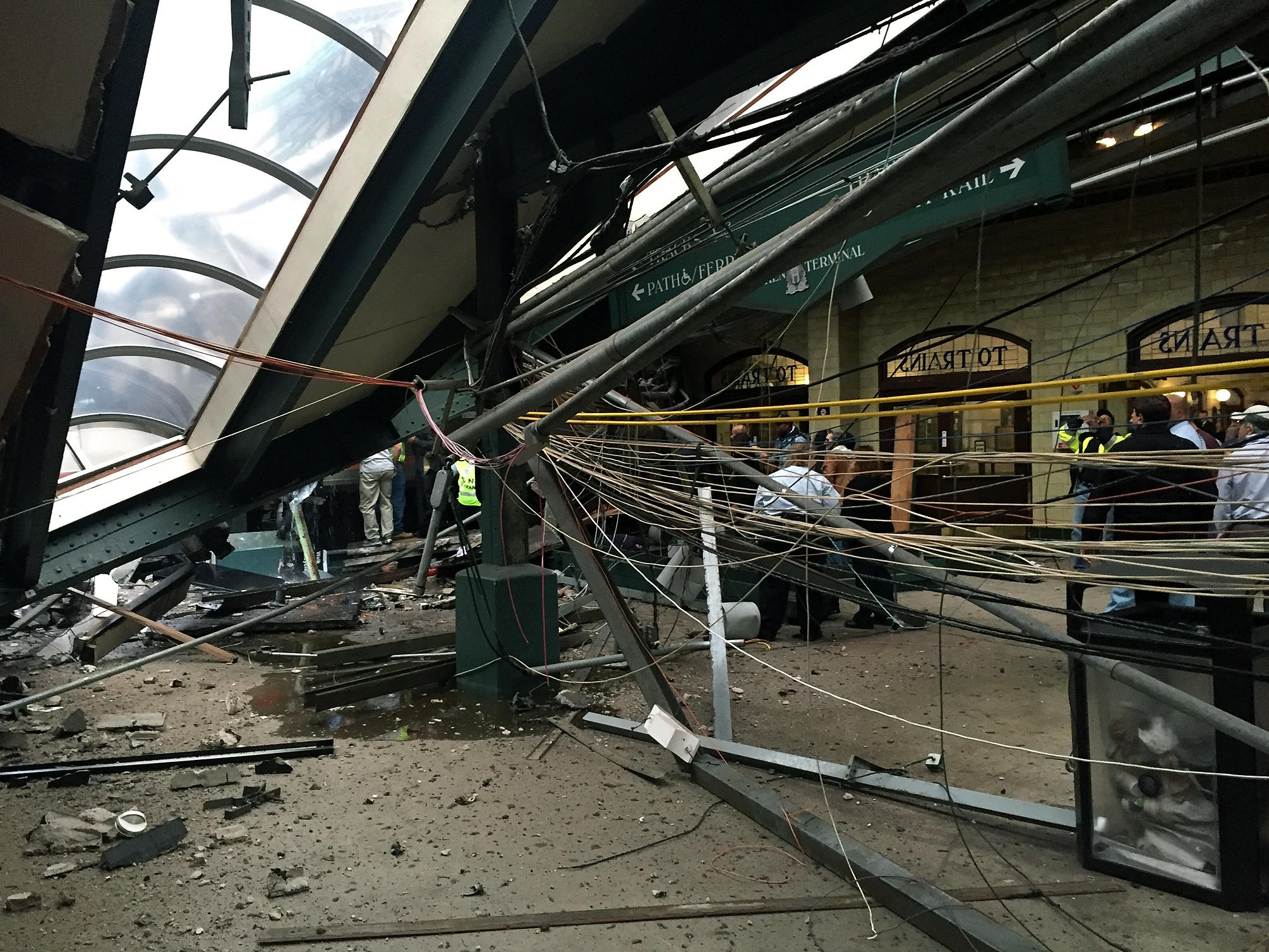 HOBOKEN -- A commuter train crash during rush-hour in Hoboken, New Jersey, on Thursday that killed one and injured more than 100 people, is now being investigated by the National Transportation Safety Board.

The crowded rush-hour commuter train crashed through a barrier at the busy Hoboken station and lurched across the waiting area Thursday morning, authorities said. Gov. Chris Christie said a woman was killed. Of the 108 others injured, 74 of them were hospitalized, according to Christie and area hospitals.

The National Transportation Safety Board sent investigators to the scene. They will want to know what the operator was doing before the crash and whether the person was distracted, said Bob Chipkevich, who formerly headed the NTSB train crash investigations section.

Former NTSB chairman Mark Rosenker told CBSN that “absolutely everything” remains on the table when it comes to this investigation. Rosenker said as much initial information investigators can get is crucial right now, and will come from both the remains from the train itself and the black box.

“A particularly important aspect of course is retrieving that black box, called the locomotive event recorder, which is going to share a great deal of information with us,” Rosenker told CBSN.

Rosenker said key information that the black box could provide includes how fast the train was going, and whether or not the train engineer was trying to bring the throttle back at the time of the crash to slow it down.

“Also to see if he (engineer) was applying the break, or even the emergency breaking system,” said Rosenker. “All of those questions will be answered when we can bring down that event recorder, and do the analysis necessary to understand the performance factors.”

Typically, it takes about a year to complete an investigation into these types of crashes, Rosenker said.

“As they go along, if they see any major safety gaps, the NTSB will report it, and they may make emergency recommendations,” he said. “We should learn something within the next couple of weeks about the performance of the train and any anomalies with the engineer potentially.”

Rosenker told CBS News transportation correspondent Kris Van Cleave that the data recorder is in the locomotive which was at the back of the train so that should be easily retrieved today.

William Blaine, an engineer for a company that runs freight trains, was inside the station when the train crashed and ran over to help. He walked over to the heavily damaged first car with a transit employee to check on the train’s engineer and said he found him slumped over the controls. Christie said the engineer was in critical condition but cooperating with investigators.

A law enforcement source told CBS News that nothing has been ruled out, CBS News senior investigative producer Pat Milton reported. Preliminary, it appears to be an accident, that the train derailed, causing it to strike the station, Milton reported.

None of NJ Transit’s trains are fully equipped with positive train control, a safety system designed to prevent accidents by automatically slowing or stopping trains that are going too fast. The industry is under government orders to install PTC, but the deadline has been repeatedly extended by regulators at the request of the railroads. The deadline is now the end of 2018.

Rosenker strongly believes, outside of a complete failure of the brakes, PTC would have prevented the crash, he told Van Cleave.

Jennifer Nelson, a spokeswoman for NJ Transit, said she didn’t know how fast the train was going when it crashed through the concrete-and-steel bumper at the end of the line. Rail service was suspended in and out of Hoboken.

The Hoboken Terminal, which handles more than 50,000 train and bus riders daily, is just across the Hudson River from New York City. It is the final stop for several train lines and a transfer point for many commuters on their way to New York City. Many passengers get off at Hoboken and take ferries or a PATH commuter train to New York.

A crash at the same station on a different train line injured more than 30 people in 2011. The PATH commuter train crashed into bumpers at the end of the tracks on a Sunday morning.

The Hoboken Terminal, which was built in 1907 and is listed on the National Register of Historic Places, has undergone waves of restoration, including a major project launched by NJ Transit in April 2004 that largely restored the building to its original condition. The station was extensively damaged during Superstorm Sandy in 2012 and underwent major repairs.