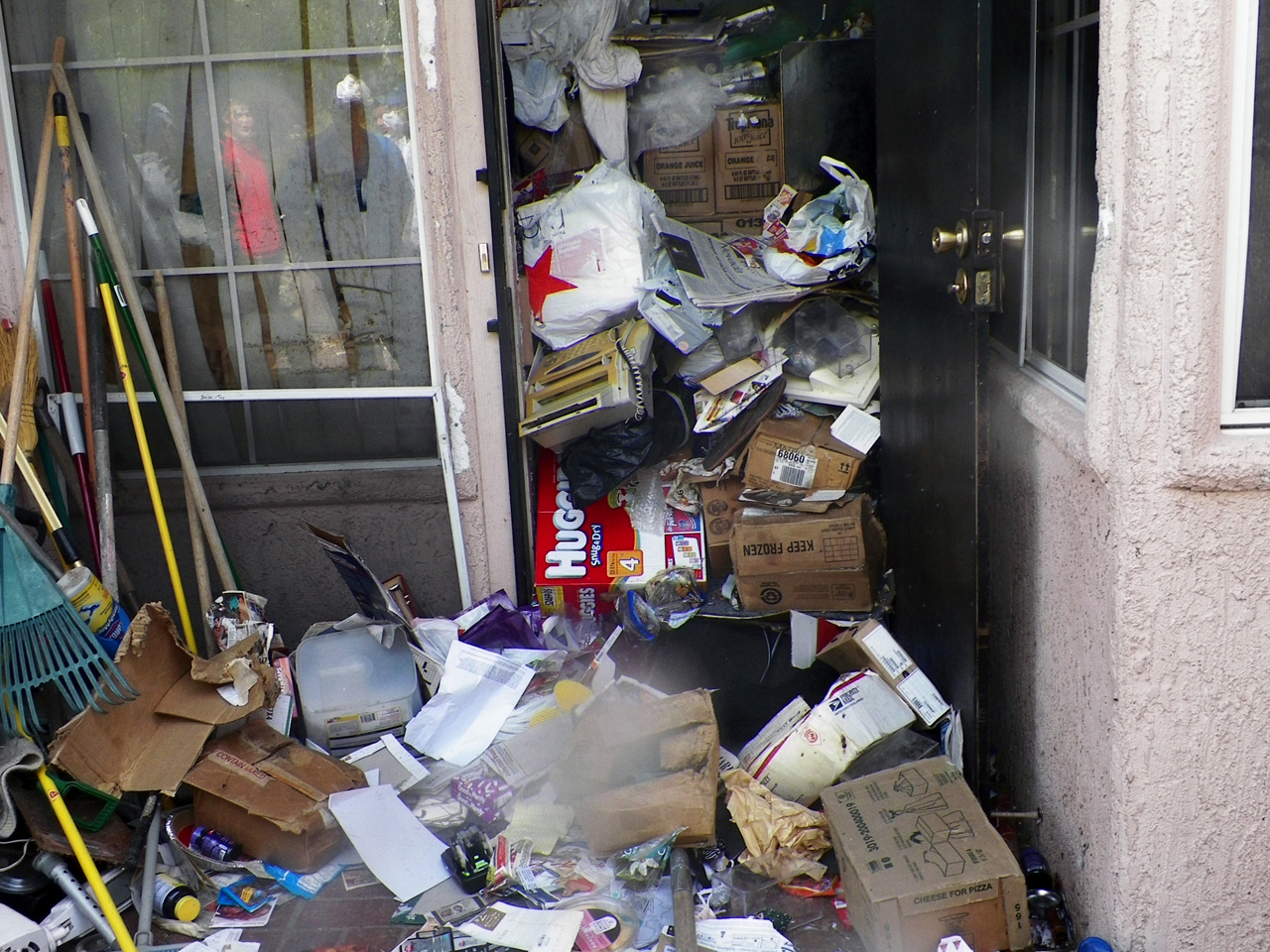 LAS VEGAS Officials say a Las Vegas home stacked floor to ceiling with so many items that the front door had to be removed for entrance is the worst case of hoarding that they have ever seen.

Armed with a court-signed abatement warrant, officials swarmed Kenneth Epstein's home on Friday and began hauling away items after they declared it uninhabitable, reported.

City spokesman David Riggleman said Epstein had created a space for himself to crawl atop the materials, but wouldn't have been able to walk upright in the house.

"It's a very tragic situation, but it's also tragic for the neighbors," Councilman Stavros Anthony said.

Building code officials went to the home last week but couldn't enter because too much stuff was blocking the door. They had to take the door off the hinges.

In all, a private removal company working with officials removed about 15 truckloads of materials.

Items removed so far included five refrigerators filled with food so rancid it had liquefied. Five dead cats also have been found, and nine others were captured by animal control officers.

He has been cooperative except when he locked himself in the house Friday when workers tried to enter to remove items authorized under the administrative warrant.

Items that Epstein wants to keep will be put in two storage bins and fumigated. If he doesn't pay for the cleanup, the city will file a lien against his house.

Epstein has received eight city citations about the hoarding since 2007. According to neighbors, the problem became more severe in the last two years as materials piled onto his front courtyard and back patio.

Epstein became the home's owner in 2010 after his mother died.

People often become hoarders because of trauma in their life, according to experts.

"This probably won't be the last episode. We understand we may have to return," Riggleman said.