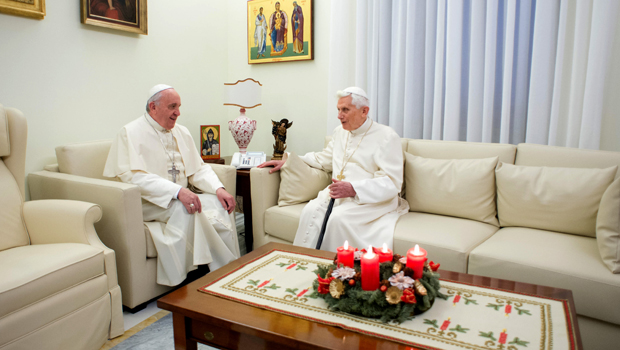 Photos released by the Vatican newspaper show the two men, dressed in identical white robes save for Francis' cape, chatting in a sitting room inside Benedict's retirement home during the visit Monday. They also prayed together in the adjoining chapel. Benedict was looking well, using a cane for support while they stood in prayer.

It is the first time the interior of Benedict's home has been shown publicly: The sitting room and furniture were all white. An Advent wreath decorated the coffee table.

Since Benedict's retirement in February, the two men have met only once publicly, for an official Vatican ceremony in July.  They also have met privately and occasionally have spoken by telephone.