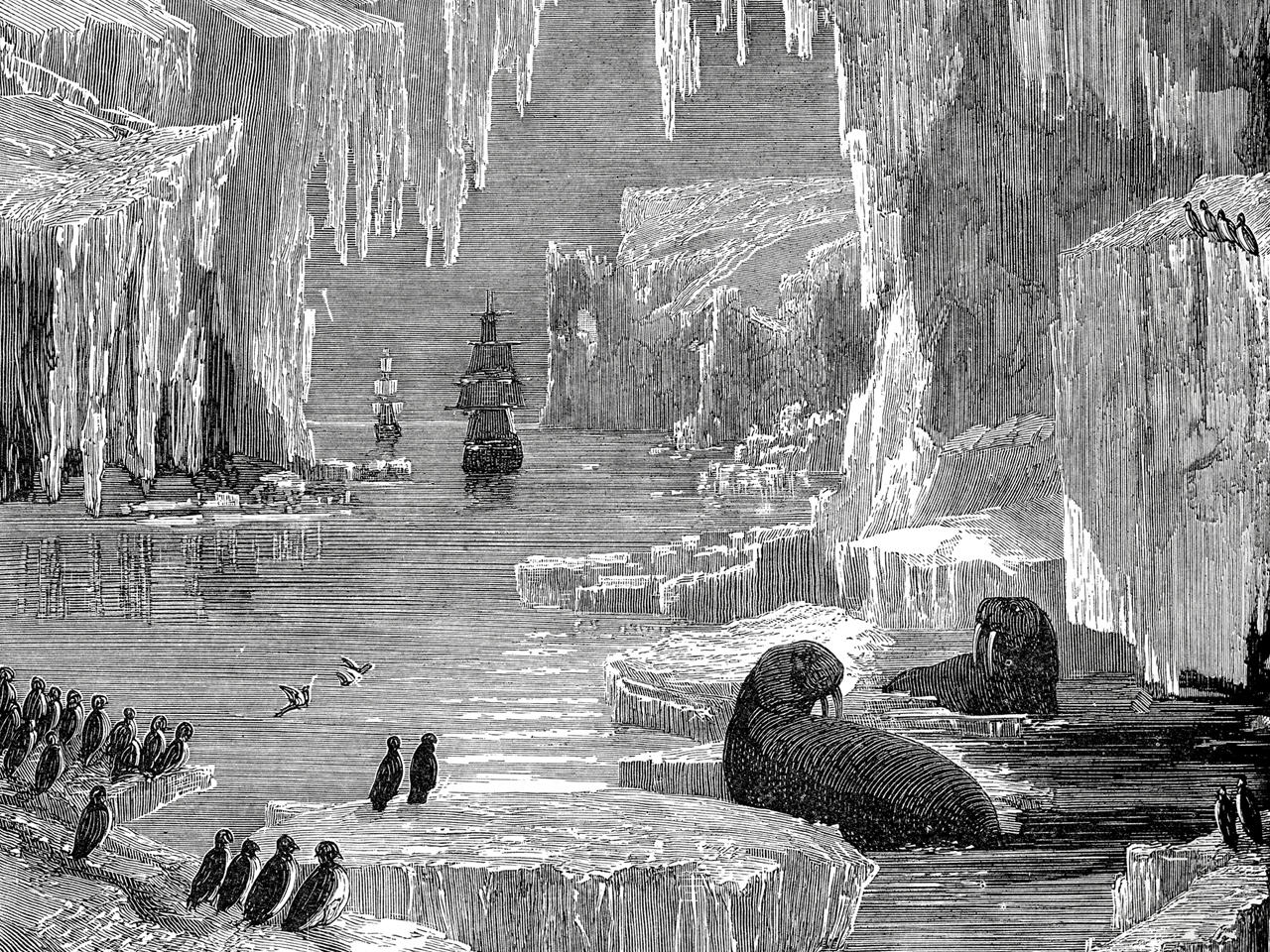 TORONTO -- The second of two British explorer ships that vanished in the Arctic nearly 170 years ago during a storied expedition to find the fabled Northwest Passage has been found.

The Arctic Research Foundation said Monday that the HMS Terror has been located by a research ship. Last seen in the 1840s while under the command of Sir John Franklin, HMS Erebus and HMS Terror have long been among the most sought-after prizes in marine archaeology and the subject of songs, poems and novels. The wreck of the Erebus was found in 2014.

“Terror was found on Sept 3. It is a perfect time capsule,” said Adrian Schimnowski, the expedition leader of the research ship that located the HMS Terror.

The Terror was discovered in 26 yards of water in Terror Bay, a small indentation on the coast of King William Island west of the community of Gjoa Haven. It was located right where an Inuit hunter said it would be. Canadian Rear-Admiral John Newton said the two Franklin ships were found about 31 miles apart from each other.

Franklin and 128 hand-picked officers and men had set out in 1845 to find the Northwest Passage, the long-sought shortcut to Asia that supposedly ran from the Atlantic to the Pacific by way of the harsh, ice-choked Arctic. The death of all 129 men made the Franklin expedition the worst tragedy in the history of Arctic exploration.

Schimnowski said that mystery might have remained if not for a late-night conversation on one of the search vessels between himself and Sammy Kogvik, an Inuk and Canadian Ranger from Gjoa Haven. The two were on the bridge of the Martin Bergmann, a research vessel, and Kogvik was telling Schimnowski about the history of the shorelines they were sailing past. He started talking about something he had seen seven years ago while snowmobiling across the sea ice of Terror Bay.

Kogvik recalled how he had looked behind him to check on his hunting partner when he spotted a large pole sticking up out of the ice. The two Inuit stopped and took pictures of what looked like a ship’s mast.

But when Kogvik got home to Gjoa Haven, he found he had dropped his camera and lost the shots. “He kept the story secret because he didn’t want people not to believe him,” Schimnowski said.

“We listened to Sammy’s story on the bridge of the Bergmann and changed course to take a look,” he said.

In a news release, Kogvik said he was delighted to see the vessel again.

In the days since the discovery, the crew has identified a number of the Terror’s features.  There is video of the ship’s bell. A cannon similar to those on the Erebus has been spotted. The ship’s helm is still there “in perfect condition,” said Schimnowski.  A windlass, used to haul up an anchor, still has heavy rope wrapped around it as if moored to the bottom of the sea.

Newton called it an historic site for Canada and said there are no current plans to raise the two ships.

John Geiger, president of the Royal Canadian Geographical Society, called the discovery of the HMS Terror the missing piece of the puzzle and historically significant for Americans given the role of the HMS Terror in the War of 1812.  HMS Terror was one of the British naval bomb ships that took part in the bombardment of Fort McHenry in the Battle of Baltimore in September 1814. The attack was the inspiration for the poem by Francis Scott Key that eventually became known as “The Star-Spangled Banner.”

“Those bombs could have very well been lobbed from the Terror,” he said. “It’s fundamental to the Star-Spangled Banner and the origins of the anthem of the United States. From a pure historical standpoint what an exciting find.”

The confirmation of the HMS Erebus find in 2014 was made by underwater archaeologists, following a meticulous review of data and artifacts observed from the Arctic Ocean’s seabed and using high-resolution photography, high-definition video and multi-beam sonar measurements.

Canada announced in 2008 that it would look for the ships, and the Canadian government has poured millions of dollars into the venture, with former Prime Minister Stephen Harper himself taking part in the search. It was all part of Harper’s plan to boast Canadian nationalism and a sense of ownership of the north.

Harper’s government made the project a top priority as it looked to assert Canada’s sovereignty over the Northwest Passage, where melting Arctic ice in recent years has unlocked the very shipping route Franklin was seeking. Canada says it owns the passage. The U.S. and others say it is international territory.

The well-preserved wreck of HMS Erebus was found 11 meters (12 yards) below the surface, near King William Island, about 1,200 miles (2,000 kilometers) northwest of Toronto.

Historians believe that the ships got trapped in thick ice in 1846 off Prince William Island, and Franklin and some other crew members died in the ensuing months. The survivors apparently abandoned the two ships in April 1848 in a hopeless bid to reach safety overland. Inuit lore tells of “white men who were starving” as late as the winter of 1850 on the Royal Geographical Society Island near Prince William Island.

For many years afterward, Franklin was celebrated as a Victorian-era hero.

Dozens of searches by the British and Americans in the 1800s failed to locate the wrecks, and some of those expeditions also ended in tragedy. But they opened up parts of the Canadian Arctic to discovery and ultimately found a Northwest Passage, though it proved inhospitable to shipping because of ice and treacherous weather.

The search for an Arctic passage to Asia frustrated explorers for centuries, beginning with John Cabot’s voyage in 1497. The shortcut eluded other famous explorers, including Henry Hudson and Francis Drake.

No sea crossing was successful until Roald Amundsen of Norway completed his trip in 1903-06. The exact location of Erebus was not disclosed for fear of looters.

The research ship was part of a small flotilla organized by the Canadian government and its partners that sailed for the Arctic at the end of August to search for the HMS Terror.