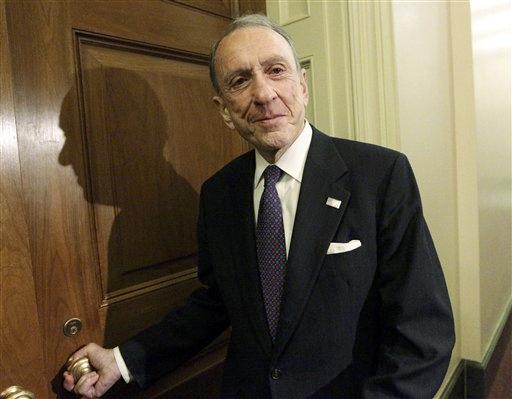 With 22 days and one debate left before Election Day, President Bush and Sen. John Kerry were targeting swing states and sharpening their messages on Monday.

New tracking polls showed the race tight but painted conflicting pictures of who was leading. A Washington Post poll shows Mr. Bush with a 51-46 percent lead. A Reuters/Zogby poll has Kerry ahead 47-44 percent.

Mr. Bush spent one day off the campaign trail, relaxing on Sunday at his central Texas ranch and engaging in informal preparations for the final debate before Election Day — Wednesday in Tempe, Ariz.

On Monday, he stops in the far southeastern corner of New Mexico for a morning rally in the town of Hobbs, to begin several days of travel in the West, considered a second-tier battleground region behind the upper Midwest and big swing states like Ohio, Pennsylvania and Florida. Later Monday, Mr. Bush hosts a lunch fund-raiser in Denver.

Kerry plans to take some time out from debate preparation to deliver a speech Monday hitting the president's energy policies.

In New Mexico on Sunday, Kerry promised to work for the middle class and energy independence, telling a small crowd in Albuquerque that Mr. Bush worked for the special interests, not their interests.

"When I'm president, I'm fighting for the middle class in America."

Speaking to voters in a state that supports major government research labs in Sandia and Los Alamos, Kerry said he would push those scientists to develop alternative fuels.

The Democratic presidential nominee also attended two church services in Florida on Sunday, instead of his usual one, worshipping first with Haitian Catholics and then with Baptists, where the Rev. Jesse Jackson and Al Sharpton tied his election to the civil rights struggle.

"We have an unfinished march in this nation," Kerry said at Friendship Missionary Baptist Church, as many congregants waved fans handed out by the campaign with his slogan, "Hope is on the way."

"Never again will a million African Americans be denied the right to exercise their vote in the United States of America," Kerry promised, referring to the disputed Florida recount in the 2000 presidential race. As he often does before black audiences, Kerry said he has a legal team that will aggressively respond to any allegations of disenfranchisement.

Black turnout is key to Kerry's plan for victory in Florida and elsewhere — less than 10 percent of black voters nationally supported Mr. Bush in 2000. But Kerry's campaign says there have been efforts to turn religious blacks against him based on his support for abortion rights and civil unions for same-sex couples.

Friends who have spoken with Mr. Clinton as he recuperates from heart surgery say he hopes doctors will allow some limited campaigning, reports CBS News White House Correspondent Peter Maer. Democrats already have a tentative plan for him to tape get out the vote radio ads and phone messages.

Looking ahead to the final debate, set to focus entirely on domestic issues, Mr. Bush is devoting more time to talking about Kerry's record on taxes, health care and other domestic issues.

In the process, he is seeking to drive home two main characterizations of his rival: that Kerry is a die-hard liberal who lacks credibility because he tries to paint himself as otherwise. It's the domestic version of the weak, flip-flopping image the Bush team has tried to attach to Kerry on Iraq and the war on terror.

Campaigning Saturday in Missouri, Iowa and Minnesota, Mr. Bush mocked Kerry's debate promise never to raise taxes on those earning less than $200,000 as unbelievable and ridiculed his rival's plan to increase the number of people with health insurance as a federal takeover of health care, a characterization Kerry says is false since his plan does not call for nationalized health care. Many of Kerry's statements, Mr. Bush now likes to say, "don't pass the credibility test."

Mr. Bush then warns — his audience often chanting along with him — that Kerry "can run but he cannot hide" from a record that the president criticizes as both unimpressive and unabashedly liberal.

Mr. Bush's attempt to increase his focus on domestic policy is buoyed by his advisers' assessment that his much-improved performance in the second debate was strongest when the discussion turned to domestic issues, an area where Kerry believes he has the advantage with voters.

In Washington, Republican Party chief Ed Gillespie criticized Kerry for saying in an interview in The New York Times Magazine that, "We have to get back to the place we were, where terrorists are not the focus of our lives, but they're a nuisance."

"This demonstrates a disconcerting pre-September 11 mind-set that will not make our country safer," Gillespie said on CBS News' Face the Nation. "And that is what we see relative to winning the war on terror and relative to Iraq."

Meanwhile, the Sinclair Broadcasting Group has announced plans to preempt regular broadcasting at up to 62 of its stations, including some in swing states, to air a film critical of Kerry's antiwar activism 30 years ago, The New York Times reports.

Sinclair made news earlier this year when it refused to air an edition of ABC's "Nightline" in which host Ted Koppel read the names of Americans who died in Iraq, saying the program appeared to be "motivated by a political agenda."