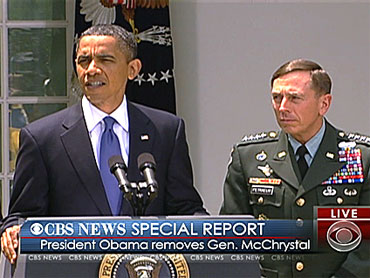 Adolf Hitler enjoyed special treatment while jailed in 1924, being allowed hundreds of visitors - sometimes unsupervised - including some 30 to 40 to celebrate his 35th birthday, according to a treasure trove of documents that have surfaced from the prison near Munich where he was held.

The 500 documents from the Landsberg prison were recently found by a Nuremberg man among the possessions of his late father, who had purchased them at a flea market in the 1970s, according to Werner Behringer, whose auction house in the Bavarian city of Fuerth will offer them for sale next month.

Behringer said they were packed among a bundle of books on World War I that the man had bought, and his 55-year-old son, who has requested anonymity, never knew of their existence.

"His father probably didn't know what he had there," Behringer told The Associated Press in a telephone interview.

Robert Bierschneider, an archivist with the Bavarian State Archives in Munich, said he had examined images of the documents that Behringer sent to him, and that they had stamps and notations that matched with others from the same prison at the time.

"The documents appear to be genuine, but to do a real examination we need to have the originals in our hands," he told the AP.

Though only one document is signed by Hitler himself, and much of the information about his time in prison is otherwise available, they do provide an intriguing window into his early days as Nazi leader.

Hitler was imprisoned in Landsberg after the Nazi's abortive bid to seize power in 1923 in the notorious "beer hall putsch" coup attempt in Munich. It wasn't until a decade later, in 1933, that the Nazis would eventually come to power through parliamentary elections.

Despite being sentenced to five years in prison, Hitler was granted early release and ended up only serving about nine months of his sentence.

His right-wing politics and German nationalism won him some high-placed friends among the German establishment, including World War I hero Gen. Erich Ludendorff. Ludendorff came to visit Hitler several times during his imprisonment, and the Prussian general was allowed to see the former Austrian corporal unsupervised for as long as he wanted, the documents show.

The documents include some 300 to 400 original cards listing Hitler's other visitors, including the 30 to 40 who were allowed in to celebrate his birthday with him on April 20, 1924 - only 19 days after he was put behind bars.

"His time in prison was more like a holiday," Behringer said.

Prison director Otto Leybold gushed about Hitler in a memo about the inmates on Sept. 18, 1924, saying he was always "sensible, modest, humble and polite to everyone - especially to the officers of the facility."

Hitler spent much of his time in prison writing his infamous manifesto "Mein Kampf," or "My Struggle," detailing his ideology and ambitions, but the documents also show he had time for more prosaic thoughts.

In a typed copy that prison authorities made of a letter Hitler wrote to a Munich car dealer, the future dictator says he is having a hard time making up his mind about whether to purchase a newer model Benz 11/40 or the older 16/50 because he had concerns that the higher RPM's of the motor in the former might mean that it would have more mechanical problems.

"I can't get a new car every two or three years," he wrote.

He also noted that he had many court costs to pay once he was released and asked the dealer if he might arrange a discount for him, indicating that he had his eye on a particular 11/40 on the salesman's lot.

"In any case, please reserve the gray car that you have in Munich until I have clarity about my fate (probation?)," Hitler wrote.