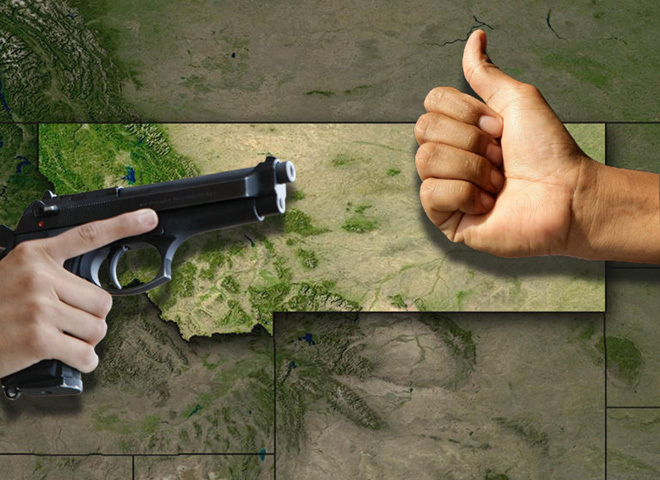 (CBS/AP) BILLINGS, Mont. - A man hitchhiking across the country and writing a memoir called "The Kindness of America" was shot along a rural highway near northeastern Montana's booming Bakken oil patch, authorities said Monday.

Raymond Dolin, 39, of West Virginia, was shot in the arm by a man he didn't know, CBS Affiliate KTVQ reports.

The drive-by shooting occurred around 6 p.m. Saturday night at a historical marker on Highway 2 west of Glasgow.

Authorities say Dolin sustained a single gunshot wound in the arm, but was able to flag down help and was then transported to the hospital in Glasgow.

A 52-year-old Washington man, Lloyd Danielson III, was arrested about four hours later near Culbertson. Authorities said he was under the influence of drugs or alcohol and apparently headed to Williston, N.D., for work tied to the oil boom.

Valley County authorities say Danielson pulled up alongside Dolin and shot him, then left the scene in a maroon pickup.

"It appears to be an absolute random event," said Valley County Sheriff Glen Meier. "They did not know each other. They did not have a confrontation. He just drove up there and shot him. We're unclear as to why."

Danielson is being held on the suspicion of felony assault with a weapon and DUI. He will be transported back to Glasgow on Monday.

The shooting follows another random attack earlier this year in which a 43-year-old teacher from nearby Sidney, Mont., was allegedly kidnapped and killed by two Colorado men on their way to the Bakken.

As the men await trial on charges stemming from Sherry Arnold's death, the case has stoked fears that a once-quiet corner of Montana has been irreversibly altered by the oil boom.

But Meier said Danielson's quick arrest by deputies in Roosevelt County 100 miles away from the shooting shows law enforcement is keeping up with any changes.

"We're still the wonderful people in Montana we've always been, and we'll get through this," Meier said. "Things are going to happen whether there's the Bakken or not."

Dolin was expected to recover and was being treated at Frances Mahon Deaconess Hospital in Glasgow. A nurse said Monday he was not taking calls or accepting messages.