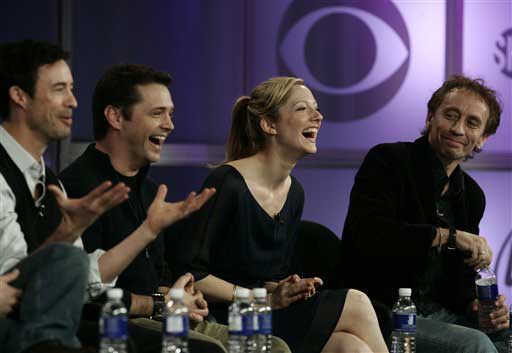 A bunt, of all things, might have cost the San Diego Padres their first no-hitter.

Sterling Hitchcock held the Anaheim Angels hitless through seven innings, then messed up a sacrifice bunt and ended up spending considerable time on the bases. Phil Nevin homered on the first pitch of the eighth and Hitchcock finished with a two-hitter as the Padres beat the Anaheim Angels 5-1 Saturday.

Hitchcock said he won't punish himself thinking that he lost the no-hitter because he sat out on the basepaths -- literally, at one point. "I lost it because I didn't make the pitch I wanted to make," he said.

But he admitted that being on base was the last place he wanted to be.

After Ed Giovanola and Chris Gomez reached in the seventh, "I was like, great, I get to just go up and put a bunt down and come back and sit down," Hitchcock said. "My thoughts running down the line were, 'Please, double me up! Double me up!'"

But Hitchcock's bunt dropped toward the left front of the mound, allowing Omar Olivares to throw out Giovanola at third.

Hitchcock went to third on Tony Gwynn's RBI double. The inning was extended by an intentional walk to Ken Caminiti and a pitching change during which Hitchcock sat on the bag for a few moments.

So Hitchcock found himself focusing more on the number of outs and different situationand less on how he'd work the Angels batters coming up the next inning.

"It really takes its toll, I think more mentally than physically. I think it was more or less your mind floating and stuff," he said.

Up came Nevin to start the eighth, and out went his fifth homer on a pitch that broke his bat.

"It was the only pitch I could have done anything with today," Nevin said. "He pitched to his spots. He didn't throw many balls down the middle."

With one out, Damon Mashore hit a high chopper that went for an infield single when Hitchcock couldn't handle it near the third-base line. Shortstop Gomez got the Padres out of the inning by making a nice play on Norberto Martin's bouncer to start a double play.

The Padres remain one of two teams that have been around more than six years that haven't had a no-hitter -- the other being the New York Mets.

The closest a Padre has come to throwing a no-hitter was on July 18, 1972, when Steve Arlin was one out away before giving up a single to Philadelphia's Denny Doyle.

Hitchcock, who began his career in the AL and started this season in the bullpen because the Padres didn't have any lefty relievers, relied mainly on his split-fingered fastball and matched his career high with nine strikeouts. He walked one and hit a batter in his seventh complete game.

Hitchcock's previous longest outing this season was 7 2/3 innings in a 3-1 loss at Texas on June 6. He previously had thrown two four-hitters, most recently on Aug. 15, 1997, against the Chicago Cubs.

"Wow, that was impressive," manager Bruce Bochy said. "You can't pitch much better than that."

But, Bochy joked, "That will teach him to get the bunt down a little better."

Until Nevin's homer, the Angels didn't come close to getting a hit. Olivares hit a sinking liner to center with two outs in the third, but it was just another routine play for Steve Finley.

Hitchcock opened with three perfect innings before hitting Darin Erstad on the elbow leading off the fourth. Erstad was erased on Dave Hollins' double-play ball, and Hitchcock didn't allow another baserunner until walking Olivares with two outs in the sixth.

Gwynn added an RBI double in the seventh and Giovanola hit his first major league homer off Shigetoshi Hasegawa with two outs in the eighth, in his 182nd big league at-bat.

The Angels, who were called out on strikes nine of 12 times Friday night, remained unhappy with the strike zone.

"The strike zone is unbelievable," Jim Edmonds said. "It's pretty hard to adjust when a ball is a strike and a strike is a ball."