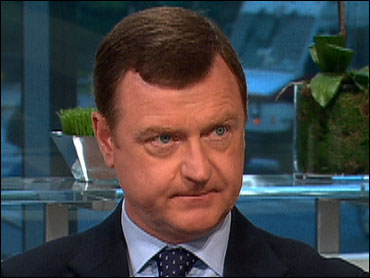 It isn't often that someone could get hit by lightning and consider himself lucky.

It's even LESS often that someone could get hit by lightning and consider himself to have been lucky, two-times over!

But that's exactly how Stephen Conroy feels after being hit by a bolt from the blue -- well, dark gray, anyhow.

Conroy was umpiring a polo match in Colts Neck, N.J. Sunday when he was struck.

He not only lived, he came away with only a broken arm.

But, Conroy says, he actually got himself out of what amounted to double jeopardy in the moments preceding the hit.

Rodriguez also spoke with a physician who exploded some myths about lighting, and offered some safety tips.

To see the Early Show segment, click on the arrow in the image below: