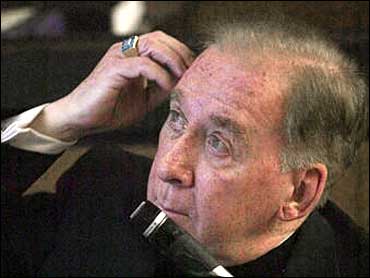 "They don't have enough evidence to convince you that he had seen anyone before or after (the accident)," Tom Henze told jurors. "In fact, the evidence shows otherwise."

Henze also argued that O'Brien's actions during the 36 hours following the accident — a period prosecutors have focused on — do not prove beyond a reasonable doubt that he knew he hit someone.

"This case is really about approximately 10 seconds — the 10 seconds or so that surrounded the accident," Henze said.

Henze's remarks wrapped up the defense's case. Prosecutors were scheduled to give a rebuttal later Thursday.

O'Brien, 68, is charged with leaving the scene of the accident that killed pedestrian Jim Reed, who was jaywalking when hit. The bishop said he initially thought he hit a dog or that his car had been struck by a rock. Prosecutors argued that O'Brien knew or should have known that he hit a pedestrian.

If convicted, he could receive probation to nearly four years in prison.

The bishop's arrest ended his 21-year career as head of the Phoenix Diocese. The accident happened less than two weeks after prosecutors announced O'Brien had struck a deal to avoid indictment on obstruction charges for protecting child-molesting priests.