MELBOURNE, Australia -- A year after Martina Hingis started her surge to the top of women's tennis by capturing the Australian Open, she's poised to extend her rule as she reached her fifth consecutive Grand Slam final.

Hingis' 6-1, 2-6, 6-1 triumph over Anke Huber put the 17-year-old from Switzerland into the championship match Saturday against 1994 Wimbledon champ Conchita Martinez, a 4-6, 6-3, 6-3 victor against second-seeded Lindsay Davenport.

"It's a Grand Slam final, she's been there and knows how it feels, and I'm sure she wants to win one again," Hingis said of Martinez. "I'm hoping to not allow her to do that."

Hingis, who won Wimbledon and the U.S. Open last year and was runner-up in the French Open, almost always has a tough time against the German Huber. Eight of their nine matches have gone three sets, though Huber has won only one of those.

Hingis glided through the first set and took a 2-0 lead in the second before Huber caught fire. Chasing down Hingis' best shots, drilling winners from both sides, Huber ran off seven consecutive games to take the set and a 1-0 lead in the third.

"I started off unbelievably," Hingis said. "Everything was going in, everything was close to the lines. In the second set, I didn't know what to do out there for a minute -- well, not a minute, for 20 minutes."

But if anything about Hingis distinguishes her game, it's her ability to find a way out of trouble and play steadily while keeping pressure on her opponents. She did that with deep baseline shots close to the lines, and watched Huber try to respond in kind.

Huber began to fall apart when she whacked an overhead wide to 15-40 on her serve in the third game, then netted a backhand for the break and flung her racket hard to the court.

When Huber fell behind 5-1, she lofted a ball high in the air in disgust and it came down square in the center of a lines judge's hat. The crowd laughed, but not the umpire, who issued her a warning.

Huber, who sprayed 40 unforced errors to Hingis' 16, ended her misery by double-faulting twice in the final game and missing a couple of forehands, giving Hingis 20 of the last 24 points.

Martinez and Davenport have a way of bringing out the worst in each other in long rallies, and for nearly 2½ hours they performed as if trying to see who could waste more chances or mis-hit the ball more often.

"It was annoying to me," Davenport said. "So many games went so long. I felt like it suited her and not me. The whole match was a little frustrating."

Davenport dropped her racket with disdain, then kicked it a few times for emphasis, when she blew two break points and slugged her 30th backhand error after five deuces in the sixth game of the final set.

They seesawed around 20 deuces from the third game to the sixth of that set, not because they were stroking wonderful winners, but because they couldn't keep the ball in play.

he 1996 Olympic champion, Davenport was trying to become a Grand Slam finalist for the first time. She had a great opportunity in this match and let it get away.

"Three points in, in a row, at some point in this match, please," she shouted to the sky while blowing the third game of the third set from a 40-love start.

"What are you doing?" she yelled again when she hit one of her total of 32 backhand errors.

Davenport racked up 66 unforced errors, double the number Martinez had. Davenport also could convert only five of 19 break points, while Martinez capitalized on seven of 15.

Martinex was far from scintillating in her performance. Martinez lumbered around the court intent on simply keeping the ball in play and letting Davenport make mistakes. Between moonballs and slow slices, Martinez played a defensive match that was yawningly tedious.

"I felt like I was hitting the ball way over my head or on my toes," Davenport said.

Martinez took an injury timeout for groin strain after breaking back Davenport to 2-3 in the final set, returned with her right thigh bandaged, and proceeded to win the next four games, the last two at love with the help of her eighth ace and plenty of Davenport errors.

Martinez dropped to her knees and raised her arms at the end, and the sleepy crowd responded with polite applause.

"I think I'm ready, I'm more ready than ever," to win another major title, Martinez said. 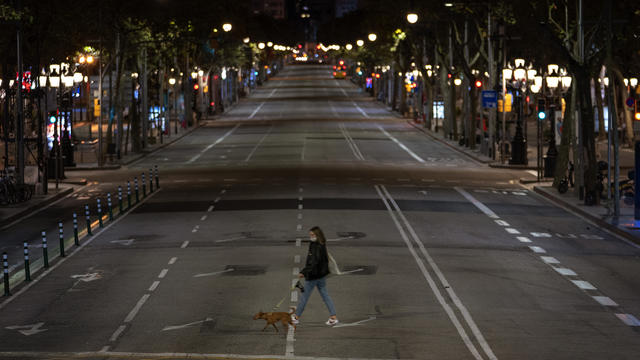 Spain wants to avoid repeating the near collapse of the country's hospitals.