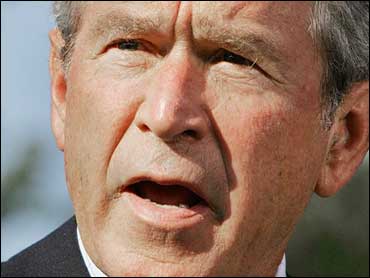 I interviewed Dan Bartlett today from the White House and he said, "We know we have a problem."

The bungled federal response to Katrina has already resulted in Mike Brown's resignation and the White House says there will be more.

The problem, of course, is an administration that says it has issues like homeland security in hand and in turn fails a test like Katrina. The message to Americans being clear: If something really bad happens in my town, can we count on these guys? The president no doubt will answer that question tonight with a resounding yes. But smart local governments are not waiting for the plan from Washington.

I spoke with L.A.'s police chief earlier this week. William Bratton told me he has confidence in L.A. In fact, he said his force had just arrested four suspected terrorists. He said it's the locals who have the best feel for trouble brewing or for responding period. What happens when the locals fail though? I asked Bartlett if the White House should have intervened when they knew New Orleans was sinking. He said hindsight is 20/20.