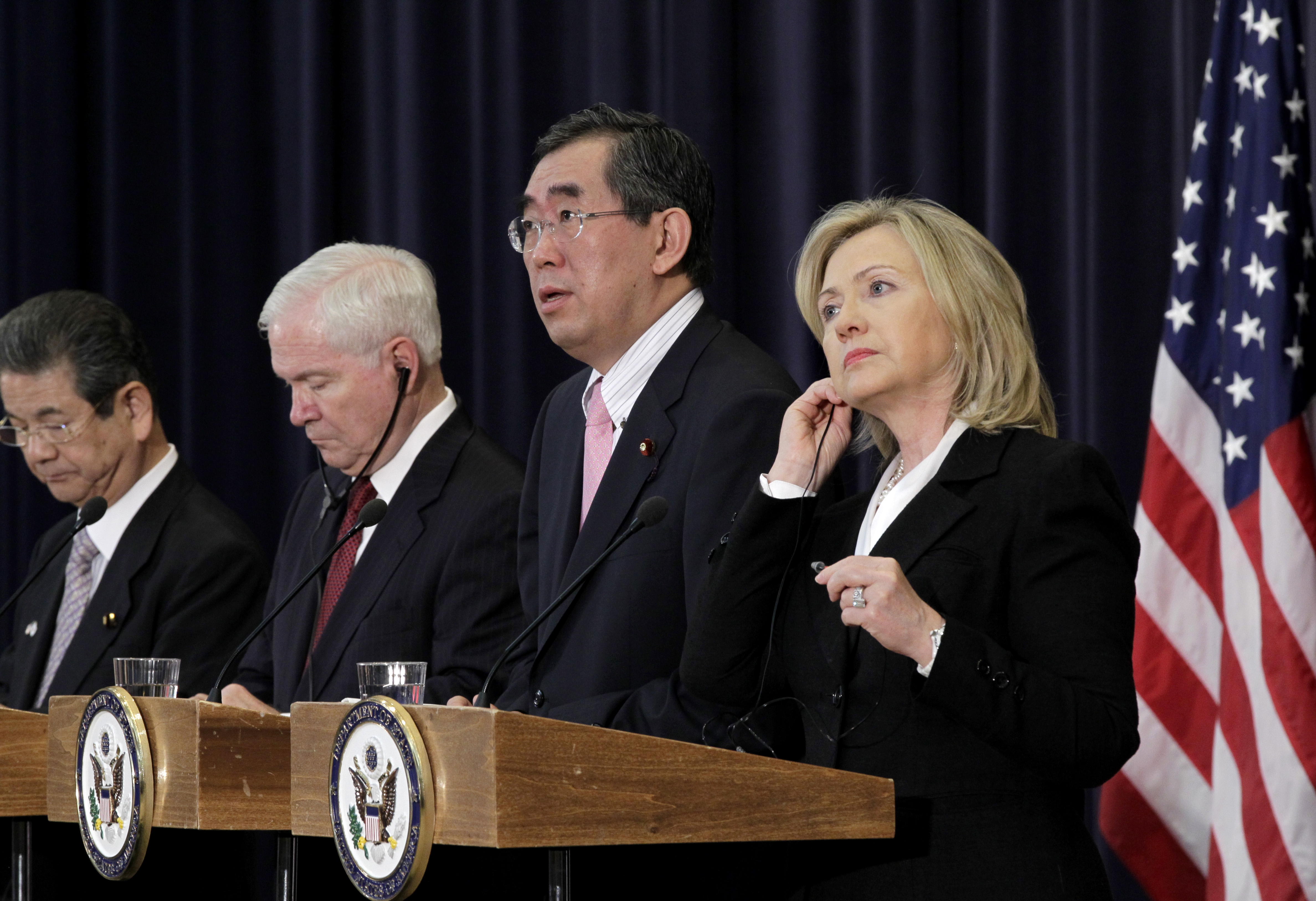 Secretary of State Hillary Clinton today voiced her support for a group of women in Saudi Arabia who last week defied their nation's ban on women drivers.

Clinton said that the U.S. has expressed its disapproval of the driving ban to "the highest level of the Saudi government," but she stressed that last week's demonstrations were not spurred by any U.S. involvement.

"I am moved by it, and I support them but I want to underscore the fact that this is not coming from outside of their country," Clinton said at a press conference with Defense Secretary Robert Gates and Japanese officials.

"This is about Saudi women themselves, they have joined together, they are acting on behalf of their own rights," she said. "This is not about the United States, it is about the women of Saudi Arabia. And what these women are doing is brave, and what they are seeking is right. But the effort belongs to them."

About a few dozen Saudi women on Friday broke the ban and drove themselves, inspired in part by other Arab uprisings and online encouragement. Activists reported that security forces were on watch to deter any escalation in the demonstrations, but the women reportedly drove past the police patrols without getting arrested.

The demonstrations followed the arrest and 10-day detention last month of a 32-year-old Saudi woman, Manal al-Sherif, who posted a video online of herself driving. Saudi Arabia is the only country with a nationwide ban on women driving. Women are also prohibited from voting and must obtain permission from a male guardian to travel or take a job.

"We've made clear [to the Saudi government] our views that women everywhere, including women in the kingdom, have the right to make decisions about their lives and their futures," Clinton said. "They have the right to contribute to society and provide for their children and their families, and mobility such as provided by the freedom to drive provides access to economic opportunity, including jobs, which does fuel growth and stability."