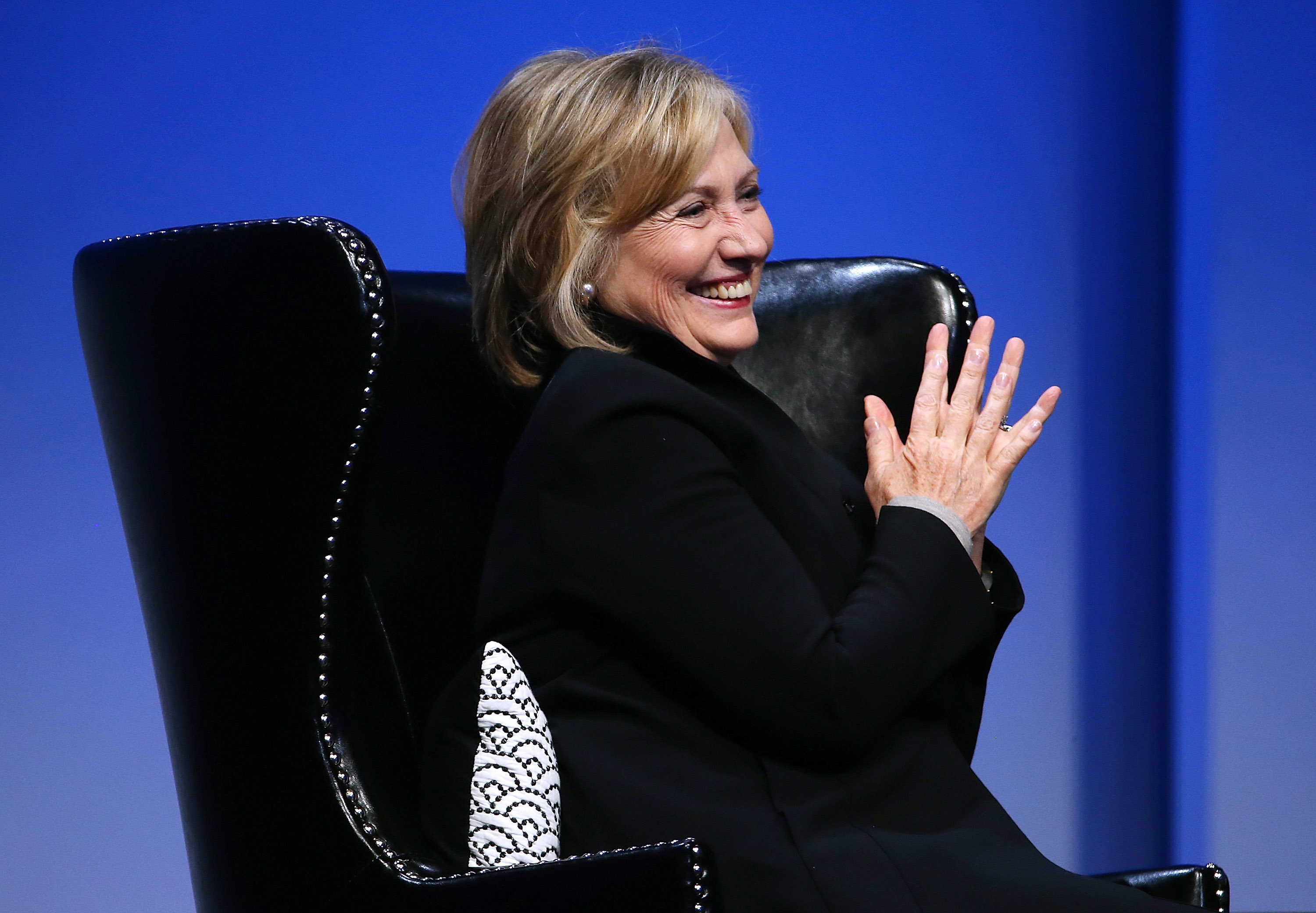 Hillary Clinton is looking forward to casting her first vote for a female presidential candidate, she said Tuesday, though she didn't elaborate on who that might be.

"I've known a lot of the women world leaders, presidents and prime ministers," the former secretary of state said at Salesforce's Dreamforce conference in San Francisco. "And I do hope that the United States joins the ranks of those countries that have really overcome that hurdle to gender equality."

Moderator Klaus Schwab, executive chairman of the World Economic Forum, reminded Clinton that he had asked her about the same topic 15 years earlier. She responded in 1999 that she didn't know when a woman would take the country's helm, but was eager for that opportunity to present itself.

"I'll stick with that answer," the all-but-inevitable contender for the 2016 Democratic presidential nomination coyly replied Tuesday. "I don't want to make news today."

Clinton nodded to the gathering's theme by tossing an endorsement in favor of net neutrality, but delivered some of her most pointed remarks to date about the state of gridlocked Washington and corrupt media cycles.

Meanwhile, news media only exacerbate the broken state of U.S. politics, she suggested, as they fixate on "the best angle, quickest hit, the biggest embarrassment. ...If you look at how much time used to be spent reporting the news - the real news, not analyzing it, but reporting it - in the 1960s and 1970s compared to now," she went on, "it's dramatically shrunk."

One thing voters aren't likely to see in the "talent" portion of any campaign pageantry involving Clinton? Singing. The former first lady and secretary of state recalled her now-grown-and-married daughter Chelsea's reaction when she used to croon bedtime lullabies: "No sing, mommy."