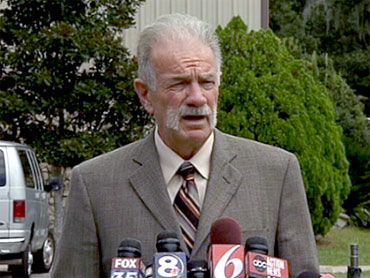 Secretary of State Hillary Clinton is the latest in a growing number of U.S. leaders to denounce Florida pastor Terry Jones' plan to burn copies of the Quran on the anniversary of the Sept. 11th attacks, calling the plan "disgraceful" and not representative of the American people.

"It's regrettable that a pastor in Gainesville, Fla. with a church of no more than fifty people can make this outrageous and distressful, disgraceful plan and get, you know, the world's attention," Clinton said this morning in a speech at the Council on Foreign Relations. "It doesn't in any way represent America or Americans or American government or American religious or political leadership."

Secretary Clinton reiterated the administration's hope "that the pastor decides not to do this."

"I appeal to people who are planning to burn the Quran to reconsider and drop their plans because they are inconsistent with American values and, as General Petraeus has warned, threatening to America's military," Lieberman said in a statement earlier today.

In an appearance on Good Morning America this morning, House Republican leader John Boehner (who went on the program to discuss the economy) also offered a message for Jones - as well as those who are pushing to build the controversial Islamic community center two blocks from Ground Zero.

"To Pastor Jones and those who want to build the mosque, just because you have the right to do something in America, does not mean that it the right thing to do," he said. "We're a nation of religious freedom, we are also a nation of tolerance, and I think in the name of tolerance, people ought to really think about the kinds of actions they are taking."

In a press conference this afternoon, Jones said he has no plans to cancel the event.