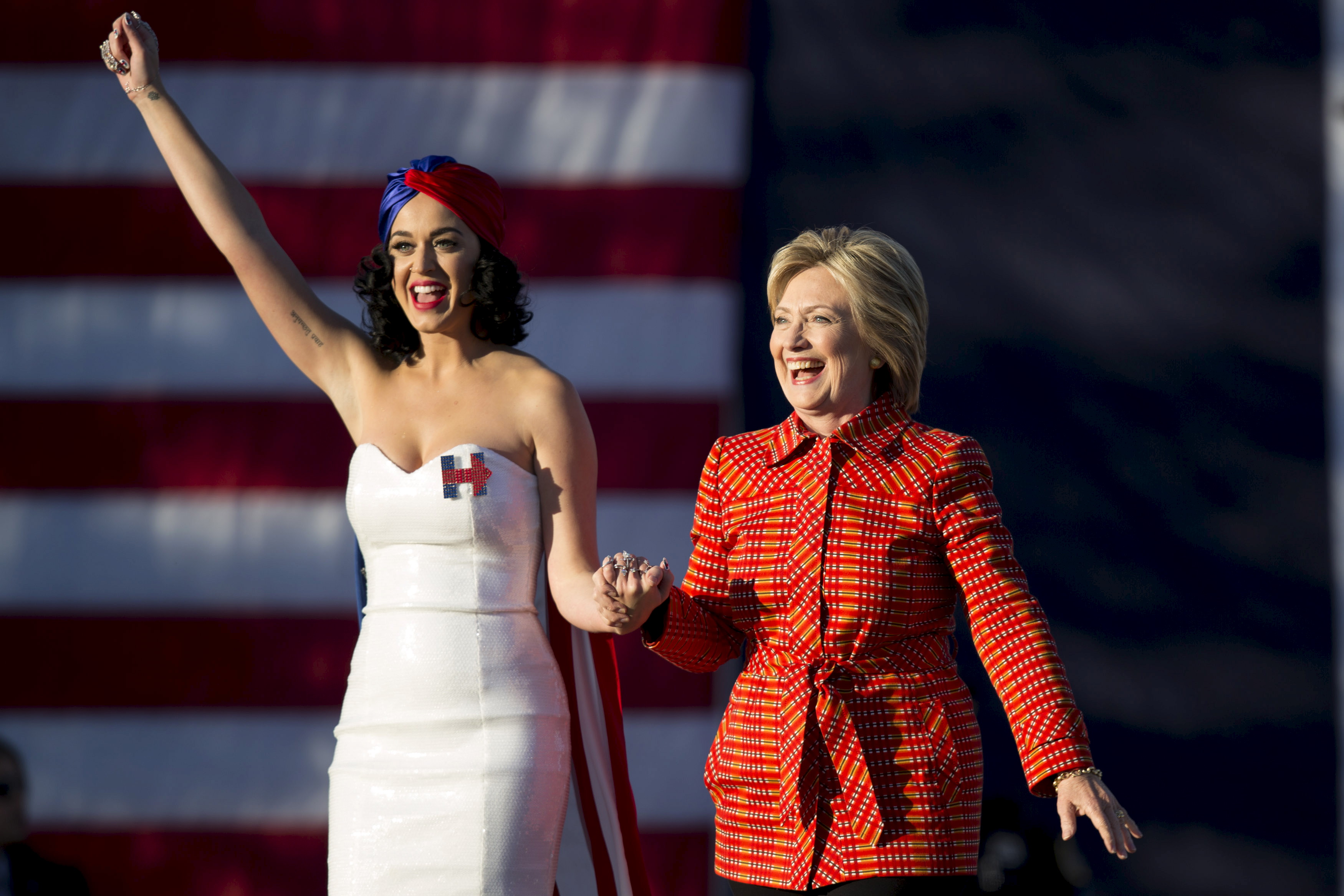 Democratic presidential hopeful Hillary Clinton is paying tribute to Lady Gaga, Billboard's lauded "woman of the year," and other female pop sensations with a new essay published in the magazine.

"None of these women had success handed to her. They all had to keep at it, even in the face of failure and discouragement -- they kept ­singing, kept writing, kept getting better and better," Clinton wrote of artists like Gaga.

Clinton, who has made women empowerment issues a central platform of her White House campaign, lauded the musicians for being "different from anyone else out there."

"They've racked up many 'firsts' -- like first artist to get more than 1 billion views on YouTube (Lady Gaga) and first woman to chart more than 50 top 10 hits ([Loretta] Lynn)," she said. "And they're the best at what they do, whether that's fronting a raucous soul band, ­writing ­hypnotic dance anthems, unspooling intricate rap lyrics about female empowerment or crooning ballads about heartbreak and young love."

Clinton also admitted that, while she's "been listening to some of these women for years," she only "recently discovered" other Billboard "Women in Music" honorees.

But, the presidential contender added, "now I'm a fan of them all." She has previously professed her appreciation of Lady Gaga, when the "Born This Way" singer defended then-Secretary Clinton in an interview with ABC's "The View."

Calling these female icons' talent and work ethic "dazzling," Clinton praised them not only for their success in the music industry but also in their philanthropic work.

"They're starting foundations, mentoring girls and enthusiastically ­advocating for causes close to their hearts -- everything from improving mental health care to ­registering ­people to vote," the former secretary of state wrote. "They know how lucky they are to be doing what they love, and they're making it count in the best of ways. To me, that's worth honoring just as much as their music."

"My hope is that women and girls around the world will hear these artists' songs, learn their stories and feel a greater sense of ­possibility for their own lives. Maybe they'll recognize ­themselves in these women," Clinton continued. "Maybe they'll be inspired to reach toward their own dreams with greater urgency. Maybe they'll stand a little straighter or speak a little louder because that's what Gaga and Missy and Brittany and Tori and Selena and Demi and Kelsea and Lana and Ally and Normani and Lauren and Camilla and Dinah and Loretta would do."

The editorial appears in the December 12 issue of Billboard.